'Sacred Games' in trouble after sexual harassment allegations against its writer? 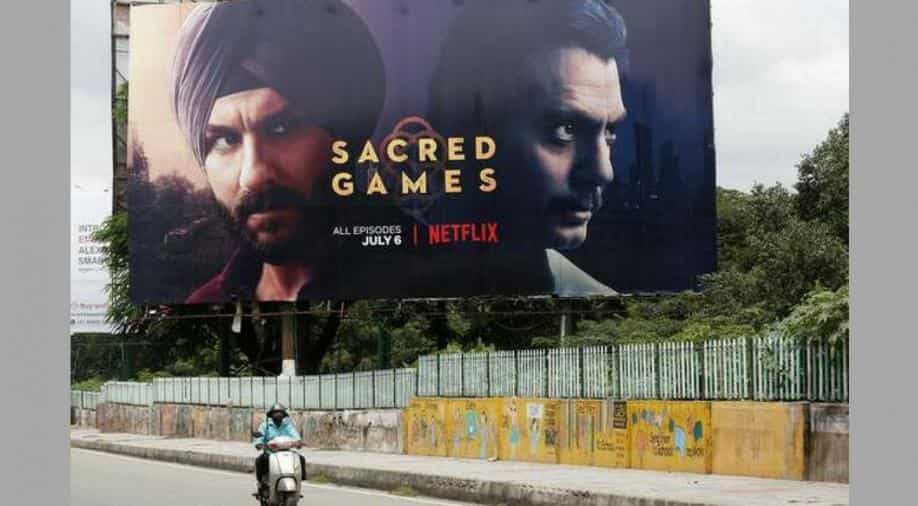 A man rides his scooter past a hoarding of Netflix's television series 'Sacred Games' in Bengaluru, Karnataka on July 11, 2018. Photograph:( Reuters )

Streaming giant Netflix might pull the plugs on hit web series ‘Sacred Games’ after its screenwriter Varun Grover was accused of sexual harassment by a woman. An anonymous woman posted on Twitter alleging that Varun harassed her when they were studying together in college. The alleged incident happened as the two prepared for a play together.

Varun has meanwhile denied all allegations. After the girl’s tweet went viral, Varun took to his own account to post a statement in his defence. He wrote: “Really unfortunate that these completely fabricated and defamatory allegations have been made on me. NONE of the sequence of events as described in that anonymous screenshot happened ever and I deny all of it with all the conviction I have in my bones.”

Here's my detailed statement about the completely fabricated, misleading, and defamatory allegations against me. Am absolutely willing to cooperate and clear my name. Let's not allow such agenda-driven tactics to derail this movement please. pic.twitter.com/VTFeIjygcl

In the wake of #MeToo gaining momentum in India, it is said that the streaming giant might call off the second season of the show 'Sacred Games', in order to steer away from the controversy.

As per a source close to the streaming platform, Netflix is currently considering options. The source said, "In the light of the recent allegations against one of the writers of Sacred Games, Varun Grover, Netflix is considering some options on how to tackle the situation. They may drop the successful web series completely or drop the name of the writer."

However, there is no official confirmation on it.

A similar fate was met by production house AIB which saw its popular show ‘On Air With AIB’ on Hotstar cancelled as two founders, Tanmay Bhat and Gursimran Khamba found themselves stepping down from their roles in the wake of the ongoing #MeToo movement that has gripped India. AIB has been battling allegations of sexual harassment against its members and has also been accused of hiring Utsav Chakraborty despite knowing his past behaviour. Chakraborty has been accused by multiple women of sexual misconduct.