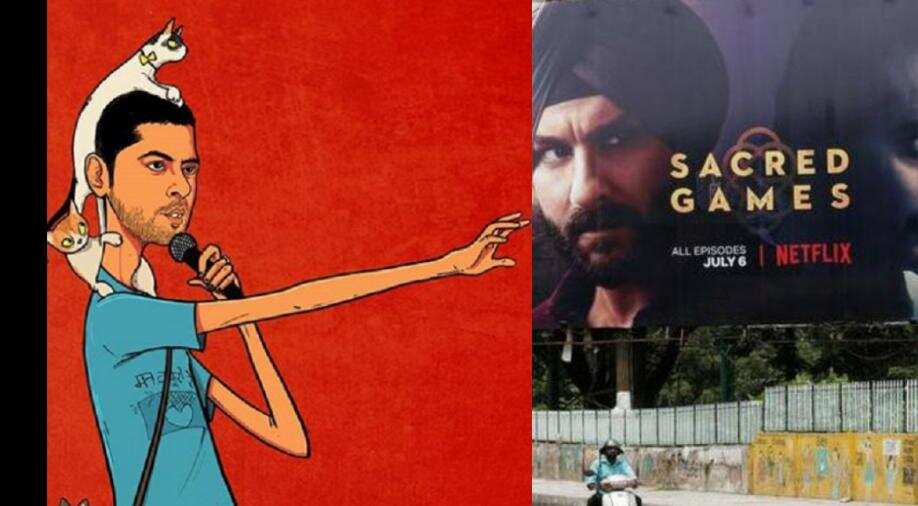 As more number of Bollywood personalities are charged with sexual harassment and abuse claims against them, it’s difficult to point where the buck really stops. One such case is that of hit series ‘Sacred Games’ writer Varun Grover who now finds himself being accused of sexual misconduct.

An unnamed woman levied sexual misconduct allegations against the writer-lyricist who was soon to deny all charges. This started with a tweet that a user shared of an alleged incident that happened when Varun was studying at Benaras Hindu University.

After the tweet went viral, Varun took to the social media platform to deny all that was said.  In a detailed statement, he wrote: “Really unfortunate that these completely fabricated and defamatory allegations have been made on me. NONE of the sequence of events as described in that anonymous screenshot happened ever and I deny all of it with all the conviction I have in my bones.”

He added, “I know it is hard to reconcile the two - ‘Believe Women’ and ‘Don’t put any allegations on me’. I have been thrown this curveball and I will find a way - but at the end of the day, a complete lie can’t be allowed to roam free while truth sits cornered in a dungeon.”

Here's my detailed statement about the completely fabricated, misleading, and defamatory allegations against me. Am absolutely willing to cooperate and clear my name. Let's not allow such agenda-driven tactics to derail this movement please. pic.twitter.com/VTFeIjygcl

Currently, the tweets stand deleted on Twitter. In the meantime, directors Anurag Kashyap and Neeraj Ghaywan have come out in support of Varun. Anurag in Varun’s support tweeted, “This man I have known so closely and so so long that I refuse to believe any allegations about him. #believethevictim and investigate the claims and also be careful to not let vested interests sabotage a long pending genuine movement.”

This man I have known so closely and so so long that I refuse to believe any allegations about him . #believethevictim and investigate the claims and also be careful to not let vested interests sabotage a long pending genuine movement https://t.co/A4bkVgF9Hb

Neeraj also tweeted, “I know Varun for the large part of my life. I can never believe he would do such a thing. Never. Those allegations reek of vindictive behaviour and not a shred of truth in them. Absolutely, 100%, in solidarity with his statement below (denial statement on Twitter).” He added, “It’s appalling how such slanderous allegations are trying to sabotage the #MeToo movement in India. Varun is someone who is truly putting his weight and career behind for this movement. It is horribly irresponsible of whoever is behind this to malign him.”

He also added, “Of course, my response is emotional and it is totally fair to discount it. This is my truth, what I believe in and I wanted to put it out there. You can wait for the truth to come in due course.”