Rohit Shetty reveals Saif Ali Khan didn't ask him to take Sara in 'Simmba', she begged for it 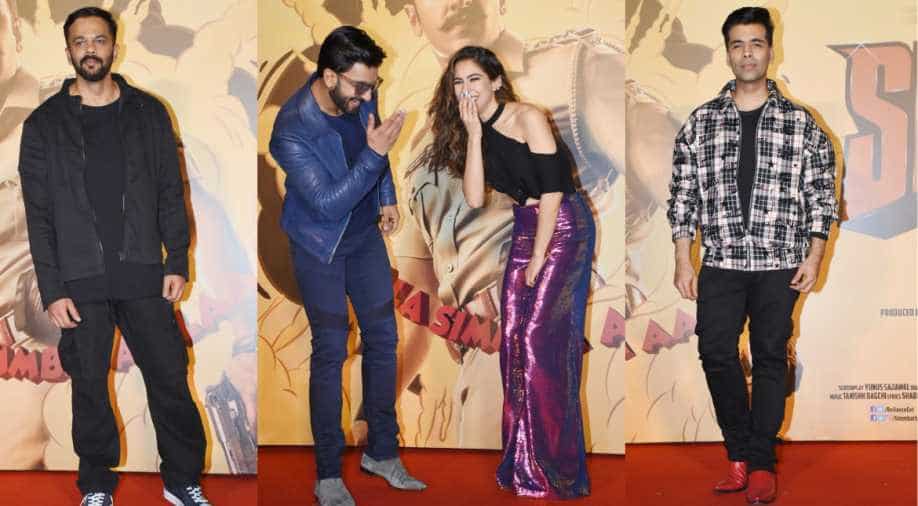 Rumours of papa Saif Ali Khan talking to director Rohit Shetty on Sara’s behalf made some rounds on the internet, before the release of the film.

It was a great year for newcomer Sara Ali Khan who bagged not one but two big-ticket films last year -- ‘Kedarnath’, with which she debuted in the Hindi film industry and ‘Simmba’ opposite Ranveer Singh.

While many thought, Sara was too lucky to get two back-to-back films that have also become commercial hits, some hinted at Sara’s backing in the industry. Rumours of papa Saif Ali Khan talking to director Rohit Shetty on Sara’s behalf also made some rounds on the internet.

Rubbishing all such rumours, Rohit Shetty revealed that Saif did not ask him for a role for Sara. In fact, it was Sara who asked him for a role in the film herself.

He said, "She came and begged me for a role in ‘Simmba’. Hearing this, I started crying. Imagine, Saif Ali Khan and Amrita Singh's daughter begging me for a role. Saif never once asked me to take Sara for Simmba."

Rohit revealed this on the comeback show of comedian Kapil Sharma on TV.

Earlier, Sara also spoke about getting two big films and said,"This year, Santa came twice for me in the form of Kedarnath and Simmba," she had said.

In ‘Simmba’, Ranveer Singh plays a bad cop who turns good owing to circumstances with Sara playing his love interest. The film is now on its way to enter Rs 100 crore club.