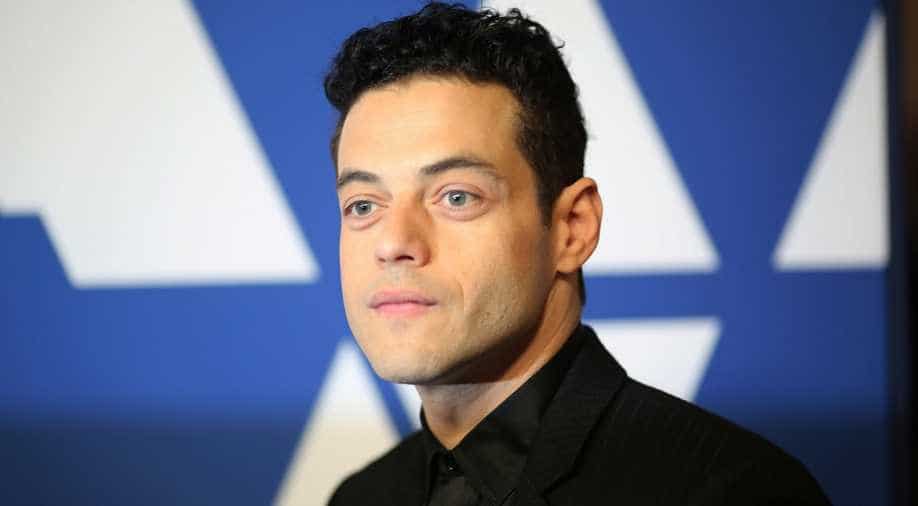 Malek's parents emigrated to the United States in 1978 from Faltaous, a small village in the Egyptian province of Minya, located about four hours south of the North African country's capital, Cairo, along the River Nile.

Malek's parents emigrated to the United States in 1978 from Faltaous, a small village in the Egyptian province of Minya, located about four hours south of the North African country's capital, Cairo, along the River Nile.

"We were so excited and no one was able to sleep until the next day," said Fadi Essam, 24, a cousin of Malek, while holding a photo of the actor in front of the home where Malek's parents were raised.

Faltaous is a small primarily Christian Egyptian village that has just four unpaved streets adorned with crosses and graffiti pictures of Christ on the town's walls.

In the settlement of some 350 inhabitants normally nothing can be heard after sunset.

However, Monday at dawn - as Malek was winning the Oscar award thousands of miles away in Los Angeles - the tiny village was bursting with energy and pride.

"We celebrated with cookies and soda, and also with firecrackers that we had bought earlier," said Essam Fawzi-Malek, another cousin of the famed actor.

"My cousin won an Oscar, which is not a normal thing. Now I walk with pride in the street. On the next day (of the awards announcement), people were congratulating me as if it was me who had won the award," Essam said smiling.

Essam said that he remembered Malek's only visit to the village in 2003, accompanied by his parents and his twin brother.

"When he came to the village, my father and my grandfather gave him a galabeya (a traditional cloth also known as jellabiya) to wear, and they took him for a horse ride through the green fields."

"He was very affectionate. He was trying to talk to people (in Arabic) and when they did not understand him, he just hugged them," Fawzi-Malek said.

Although Malek has never lived in Egypt and does not speak Arabic fluently, the actor acknowledged his Egyptian roots to the press after winning the Oscar on Sunday.

Malek said that he had been raised listening to the iconic Egyptian great singer, Umm Kulthum, and watching the movies of the internationally renowned Egyptian actor, Omar Sharif.

"As I got older I realized just how beautiful my heritage and my tradition is," Malek said after winning the Oscar, "I am so privileged to represent it."

"Rami is the pride of all Egypt, not just Upper Egypt or his family," Essam stressed.