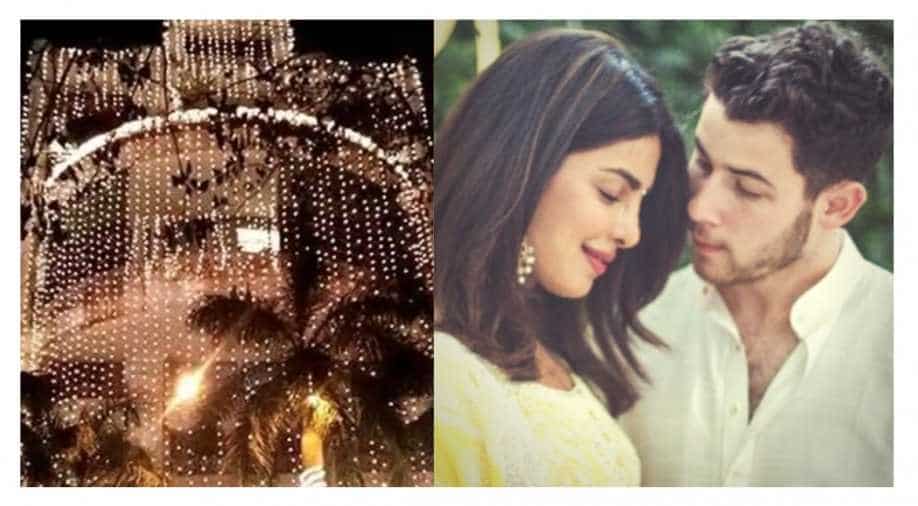 Even though the couple is yet to announce their wedding dates, several media reports suggest that the two will get married on December 2 in Jodhpur at Umaid Bhawan Palace.

Priyanka Chopra and Nick Jonas wedding fever is likely to grasp us all as photos of the two making rounds in Delhi and Mumbai have come up.

Nick arrived in Delhi last weekend with Priyanka rushing to receive him. She then threw a grand Thanksgiving party as Nick spent the festival with her in India. It is said that Nick’s parents will also be joining the couple in a day or two as the pre-wedding festivities are about to start anytime soon. It has also been reported that the two have invited Indian Prime Minister Narendra Modi to their wedding.

From Delhi, Priyanka and Nick came to Mumbai to a much-decorated home. The entire building premises has been lit up with beautiful lights, ahead of their wedding. Sangeet to reception; here are all the details

Even though the couple is yet to announce their wedding dates, several media reports suggest that the two will get married on December 2 in Jodhpur at Umaid Bhawan Palace. Their pre-wedding festivities is likely to kick off from November 29. See pictures of the venue here.

Priyanka is currently filming for Shonali Bose’s ‘The Sky is Pink’ in Delhi. It is said that she will reportedly wrap the shoot of her film till last day so that the schedule doesn’t suffer because of her wedding.