Priyanka Chopra, Nick Jonas arrive in Mumbai ahead of their Jodhpur wedding 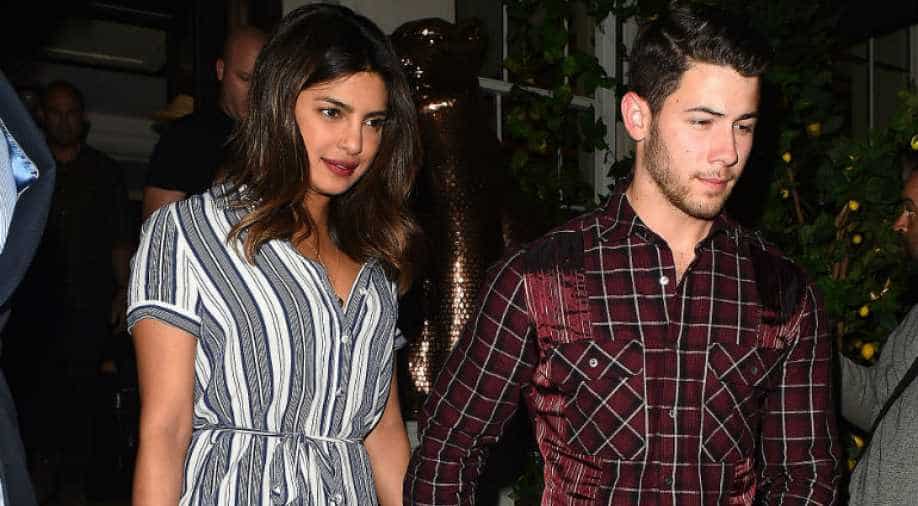 The couple arrived at Mumbai`s Chhatrapati Shivaji International Airport in the early hours of Sunday. The much-in-love couple walked holding hands and waved at the paparazzi.

Ahead of their wedding, Priyanka Chopra and Nick Jonas arrived at Mumbai`s Chhatrapati Shivaji International Airport in the early hours of Sunday.

The couple, who was surrounded by a tight security looked all happy and elated as they were seen greeting fans and media with a big smile.

The much-in-love couple walked holding hands and waved at the paparazzi.

Recently, Priyanka and Nick celebrated Thanksgiving with their family.

Fans of the duo have been in awe of them owing to their cute PDA and lovely pictures on social media.

According to various reports, the two will be tying the knot on December 1 at Jodhpur`s Umaid Bhawan Palace.

The wedding invitations have already been sent out, and interestingly, the `Mary Kom` actor has replaced `shaadi ke ladoos` with macaroons.

The 36-year-old star shared snaps of the invitations on her official Instagram account a few days back.

Earlier, the duo stopped by the Beverly Hills courthouse last week to fill out the necessary paperwork to obtain a marriage licence in the United States.

Priyanka and her beau confirmed their engagement in August during a trip to Mumbai, where their families gathered for festivities, including a Roka ceremony and a big engagement bash.