Priyanka Chopra, Nick Jonas to feature in Jonas Brothers' 'What A Man Gotta Do' music video 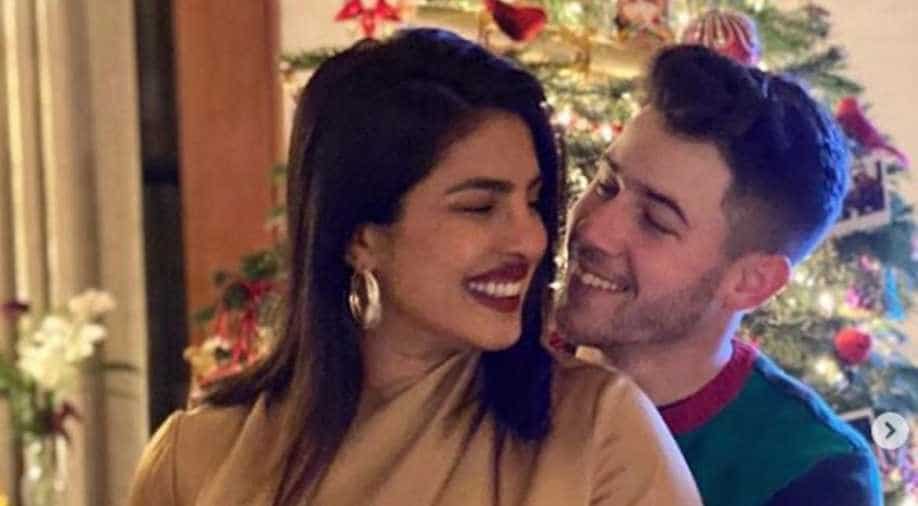 The tagline of the music video featuring Priyanka Chopra and Nick Jonas poster reads, "Sign me up for the full time I'm yours..."

Priyanka Chopra was last seen at the Golden Globes as she stunned in her pink gown with husband Nick Jonas at the red carpet, The duo was there as part of the presenters.

While you must have taken some days to get over her scintillating look, there is now a new poster featuring the two lovebirds and this time its for a music video. Priyanka and Nick can be seen having a good time with each other on the poster of a music video for the song titled 'What A Man Gotta Do'.

Priyanka can be seen cuddling her husband Nick, and the tagline of the poster reads, "Sign me up for the full time I'm yours..." Also read: Priyanka Chopra to star with 'Game of Thrones' Richard Madden in web series directed by 'Avengers' Russo brothers

The other Jonases were also seen as Kevin Jonas too shared a poster featuring him and wife Daniella.

My new favorite movie to be honest. #WhatAManGottaDoVideo

We now wonder where Joe Jonas and Sophie Turner are. Are they also planning to feature in the music video?