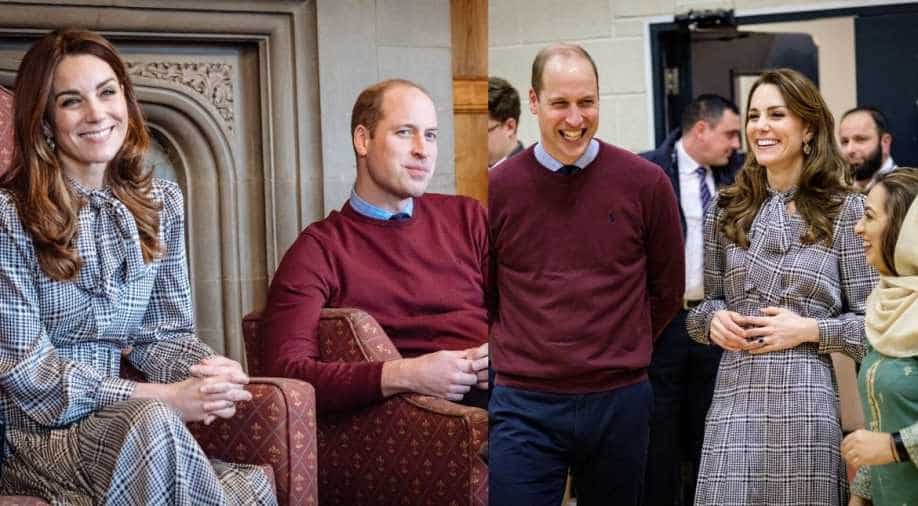 In the wake of Megxit as William’s younger brother Prince Harry and wife Meghan Markle have decided to step back from their royal duties, William and Kate stepped out for the first time since the chaos landed on Buckingham Palace.

Prince William and Kate Middleton put up a united front yesterday as the British royal couple stepped out in style, meeting and greeting people with big smiles on their faces.

In the wake of Megxit as William’s younger brother Prince Harry and wife Meghan Markle have decided to step back from their royal duties, William and Kate stepped out for the first time since the chaos landed on Buckingham Palace.

As Prince William and Kate Middleton reached the Bradford City Hall in England, people cheered and applauded them, waving flags of the country. The couple had gone to the hall for a community project to help grandparents bond with their grandchildren.

Today The Duke and Duchess of Cambridge are in Bradford — one of the UK’s most diverse cities — to visit projects which support and promote community cohesion #RoyalVisitBradford pic.twitter.com/fIwSZ7W3QS

At one point reportedly, the cheering got so loud that the Duke of Cambridge turned to a group of women and said, “Hello! You’re the noisy corner.”

At the Khidmat Centre - who help the most vulnerable members of the community from minority ethnic backgrounds - The Duke and Duchess of Cambridge heard about the activities and workshops offered at the centre, and the organisations that they support #RoyalVisitBradford pic.twitter.com/p2MwssMknz

The Duke and Duchess of Cambridge joined a workshop with @nearneighbours — who bring together people from religiously and ethnically diverse communities across the UK to get to know each other better #RoyalVisitBradford pic.twitter.com/QCNhy7XmTu

Meanwhile, the Duchess of Cambridge looked happy as William handed her a white rose flower. She accepted flowers from children too. The two then headed to a restaurant.

Evoking memories of #RoyalVisitPakistan at @mylahore, where The Duke and Duchess of Cambridge met apprentices from @BradfordCollege before trying their hands at making mango and kulfi milkshakes🥛 #RoyalVisitBradford pic.twitter.com/ao4lK8YzpZ

Also see in pictures: Prince William and Kate Middleton step out for first public appearance of 2020

The two looked vibrant and happy together, something the is difficult in times when the family is in turmoil over Harry and Meghan deciding to give up royal duties and seeking a financially stable life. Harry and Meghan have decided to divide time between the UK and North America.

Meghan and Harry are currently in different parts of the world as Harry has stayed back for meeting with family members and appeasing the Queen while Meghan is currently in Canada with their kid, Archie. Also read: Prince Harry to appear in public for first time since royal split