Prabhas confirmed to work with 'KGF' director in next, 'Salaar' 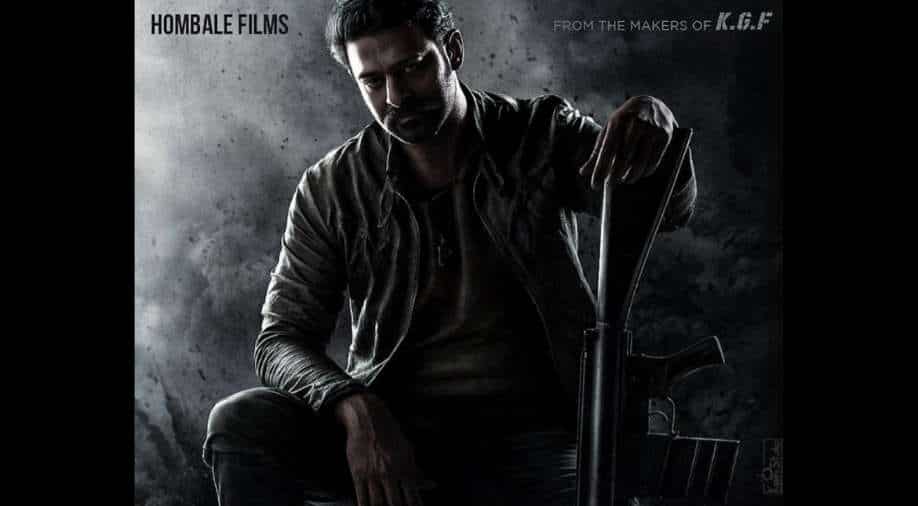 Prashanth Neel will direct Prabhas in next film ‘Salaar’.

Prabhas is on a roll. The ‘Baahubali’ actor has now been roped in for ‘KGF’ director Prashanth Neel’s next venture.

Prashanth Neel will direct Prabhas in next film ‘Salaar’. The film will go on floors in 2021. The makers of the film shared a first look poster on Twitter and wrote, "THE MOST VIOLENT MEN.. CALLED ONE MAN.. THE MOST VIOLENT!! Revealing our next Indian Film, an Action Saga."

Before making the announcement, the makers had teased fans with: "Dear Audience, You always Loved our Cinema more than Us. To continue to Love and to be Loved we are coming with our next "Indian Film". Keep your Heart Open for our announcement on 2nd Dec at 2:09pm #."

Meanwhile, Prashanth Neel's ‘KGF Chapter 2’ starring Yash in the lead role is slated to release next year. The makers recently wrapped up an important schedule in Hyderabad and are looking forward to finishing the rest part by the end of December. ‘KGF 2’ also stars Prakash Raj, Sanjay Dutt and Raveena Tandon. Srinidhi Shetty, who was also in the first part of the hit franchise, will be seen playing the role of Reena in the second as well.