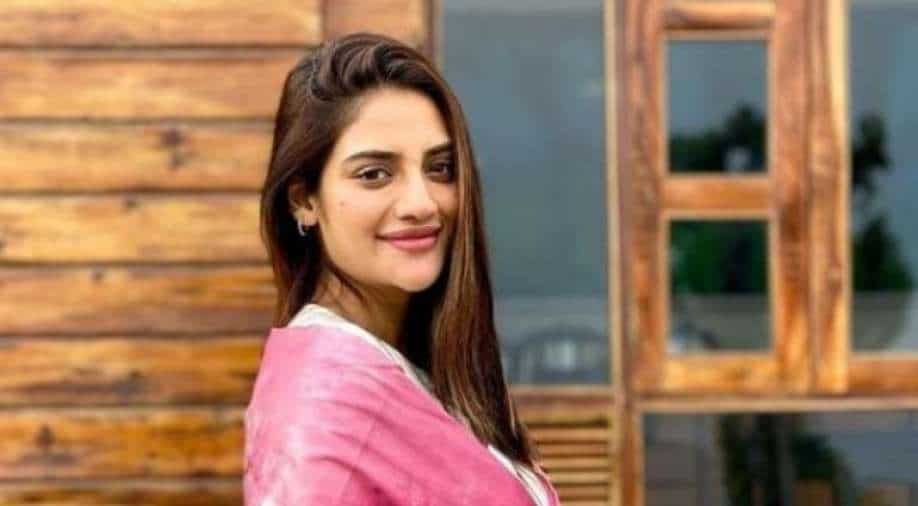 Oh the glow! Bengali actress and TMC MP Nusrat Jahan confirmed the news of her pregnancy with stunning photos on Instagram.

It's hard to miss the glow! Bengali actress and TMC MP Nusrat Jahan confirmed the news of her pregnancy with stunning photos on Instagram.

Sharing three photos where she can be seen cradling her baby bump, Nusrat captioned the images as, "Kindness changes everything". In the photos, the actress is dressed in a white top and blue jeans with no make-up. A printed scarf hides the bump well.

The actress-politician has been in news the past few weeks over her statement regarding her marriage to businessman Nikhil Jain. Terming it as a 'live-in relationship', Nusrat stated the marriage was not registered in India and hence not legal in the eyes of the law dismissing the possibility of filing a divorce.

In pics: Why is Nusrat Jahan trending? Controversies are not new to actress-MP

"Being on foreign land, as per Turkish Marriage Regulation, ceremony is invalid. It was an interfaith marriage, it requires validation under Special Marriage Act in India which didn't happen. As per court of Law, it's not marriage but relationship or live-in relationship," Nusrat, 31, said in a statement, reported news agency ANI. "Thus, the question of divorce does not arise."

The actress revealed that she had been living separately from Jain since November 2020.

Commenting on Nusrat's statement, Jain told reporters,  "I don't want to say anything. Everything will be decided by the court. The matter is in court."

Last week, a photo of Nusrat posing with Bengali actresses Srabanti and Tanushree went viral as fans got the glimpse of her baby bump for the first time.

Rumours are rife that the actress is in a relationship with Bengali actor Yash Dasgupta though the two actors have not confirmed the news so far.

Dasgupta contested for the recent assembly elections in Bengal on a BJP ticket but was unable to secure majority votes.