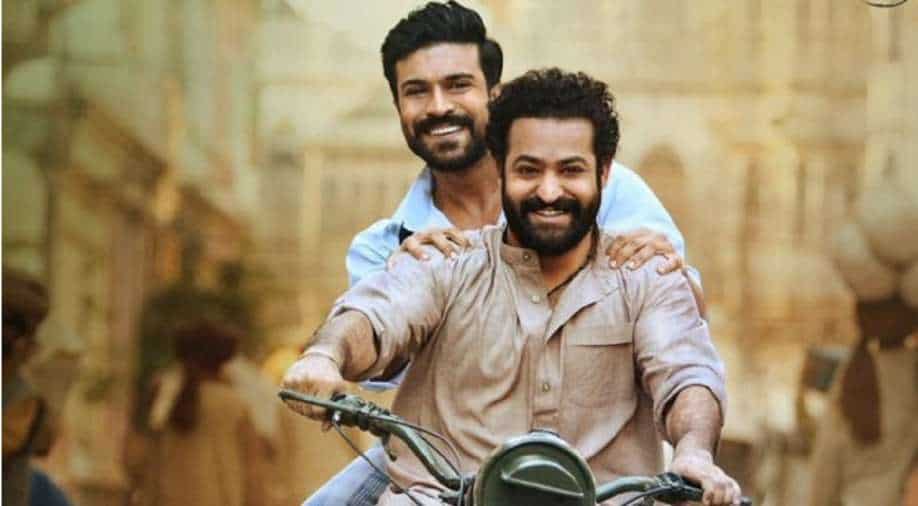 Considered the requests made by Netizens, who have been demanding that 'RRR' be made free for existing subscribers.

May 20th is going to be a big day with the start of the 'RRR' ('Roudram Ranam Rudhiram') streaming. The earlier announcement was that the Rajamouli film will be available on a pay-per-view basis. But the decision has not been favoured by the audience.

Taking into consideration the views of its patrons and the general public, Zee5 has decided to do away with the T-VOD mode and offer 'RRR' for all subscribers with the general subscription.

'RRR' will be available on S-VOD from 00:00 hours, May 20. All those users who have purchased the combo pack by paying Rs 699 (RRR plus Zee5's annual subscription) will get extra 3 months of validity as per the change in the plan.

'RRR', which is nothing less than a visual feast, is directed by celebrated filmmaker SS Rajamouli with Young Tiger Jr NTR and Mega Power Star Ram Charan as the lead men. From May 20, ZEE5 is going to stream the film in Telugu, Tamil, Kannada, and Malayalam languages with English subtitles.

Aishwarya Rai to Kangana Ranaut: Indian beauties who charmed the Cannes red carpet in a saree

It has been more than 50 days since 'RRR' was released in theatres. May 20 is a special day for Jr NTR's fans as it is his birthday! They will see the premiere as a special gift. The viewers can watch the landmark film in the best 4K quality and Dolby atmos in the comfort of their homes.

By bringing 'RRR' to your homes, Zee5 has once again proved that it strives to dish out the best in entertainment. No wonder ZEE5 is a household name. Not just the south Indian viewers but also those OTT users who don't know any of the Southern languages are happy at the news since they will get to watch 'RRR' with English subtitles.

Zee5 recently released a trailer for 'RRR'. The trailer is amazing, making the audience want to watch 'RRR' all over again!