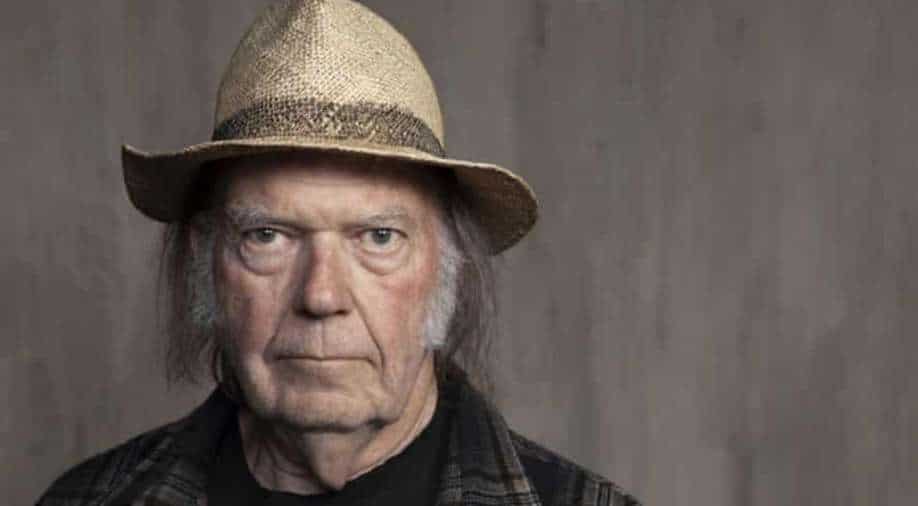 Neil Young demands for his songs to be removed from Spotify. Photograph:( Twitter )

Joe Rogan's podcast racks up millions of listens -- he signed a reported $100 million deal with Spotify last year -- but critics say it is a platform for peddling conspiracy theories and disinformation, particularly over Covid-19.

Neil Young demanded in an open letter to Spotify to remove his music from the platform he said is spreading vaccine disinformation via the popular podcaster Joe Rogan.

"I am doing this because Spotify is spreading fake information about vaccines -- potentially causing death to those who believe the disinformation being spread by them," wrote the legendary singer behind "Heart of Gold" and "Harvest Moon."

"I want you to let Spotify know immediately TODAY that I want all my music off their platform," Young, 76, continued.

The letter, which has since been removed from Young's website, was first reported by Rolling Stone late Monday.

Spotify has not replied to an AFP query regarding the musician's request. As of Tuesday Young's music is still on the platform.

Rogan's podcast racks up millions of listens -- he signed a reported $100 million deal with Spotify last year -- but critics say it is a platform for peddling conspiracy theories and disinformation, particularly over Covid-19.

Rogan has discouraged vaccination in younger people and promoted the off-label use of the anti-parasitic drug ivermectin to treat the virus.

In December 270 doctors, physicians and professors signed an open letter to Spotify asking the service to "moderate misinformation on its platform."

"It is a sociological issue of devastating proportions and Spotify is responsible for allowing this activity to thrive on its platform," read the letter.

Young, citing sound quality issues, removed much of his music from Spotify in 2015 but later relented, saying "that's where people get music."

He has his own online archive of all of his music that fans can subscribe to.