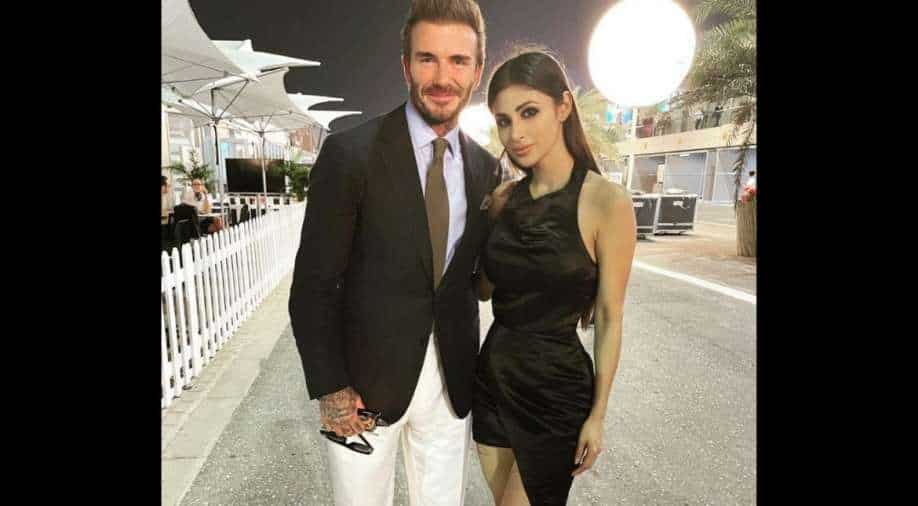 Mouni Roy had a fangirl moment when she spotted the English footballer, David Beckham

Mouni Roy just met the man of everyone’s dreams and the internet is obviously complaining with jealousy. The actress was recently in Doha, Watar as she was attending the Grand Prix 2021. There she met with David Beckham.

She had a fangirl moment when she spotted the English footballer. Ajay Devgn completes 30 years in films: Amitabh, Akshay, Kajol wish him

Sharing an image with him from the Grand Prix event, she wrote, “What just happened,” and added the “best”.

In the picture, Mouni Roy was seen in a black dress while David Beckham looked dapper in formals.

Interestingly, it wasn’t just Mouni Roy who got clicked with David Beckham. There was Mrunal Thakur too. She too managed to get a picture with the footballer.

On the work front, Mouni Roy will be seen in the upcoming film Velle alongside Karan Deol and Abhay Deol. She will also star in Brahmastra with Ranbir Kapoor and Alia Bhatt. Mrunal Thakur, meanwhile, is basking in all the praise coming her way for Dhamaka. She will be seen next in Jersey with Shahid Kapoor.