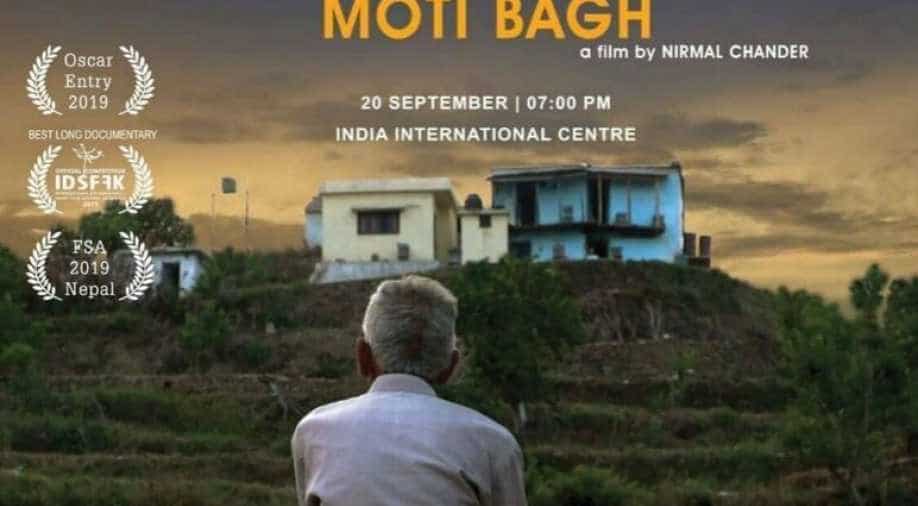 The documentary titled 'Moti Bagh' based on an 83-year-old farmer who considered farming as a passion not as hard labour.

The documentary titled 'Moti Bagh' based on the struggling life of a farmer in a remote village in the Himalayas has been nominated for the Oscars.

Director Nirmal Chander Dandriyal who hails from Uttrakhand and wanted to give back to the people of the state throws light on the 60 minutes film and its protagonist Vidyadutta.

"The story is about an 83-year-old farmer who considered farming as a passion not as hard labour. So I thought that the story of a common man who can get missed by any person should be told on a larger platform. We see so many films being made on prominent personalities, but there are certain people whose contribution the country gets unnoticed. So through this film, I have tried to portray the activism, poetry, and the passion of my uncle Vidyadutta ji for his art and many more which I am sure will be liked by all," he said.

The director, who was recently praised by the Chief Minister Trivendra Singh Rawat for his sheer dedication and hard work behind canning the film, spoke about how this film brought him more close to his roots.

Elucidating further, the director said, "I belong to Uttrakhand but never stayed here, so making this film was a complete eye-opener for me where I got the opportunity to stay around so much greenery, mountains, and a golden opportunity to re-access myself as a city dweller. I must say the film was not challenging for me at all because I had the support of my team and specially Vidyadutta ji who accepted me so well despite being my uncle."

"Filming the documentary was the best thing for me in life as I got to know myself better, my roots, and even got an opportunity to improve as a filmmaker with each shot," said Dandriyal.

Proud moment for Uttarakhand, Documentary based on the life and struggle of a rural farmer makes entry into #Oscars. CONGRATULATIONS to the, associated with the film. #motiBagh

The Chief Minister of Uttarakhand, who was elated after hearing the news of International acclaim, shared the poster of the film on his Instagram account.

"Proud moment for Uttarakhand, Documentary based on the life and struggle of a rural farmer makes entry into #Oscars. CONGRATULATIONS to the, associated with the film," he wrote.