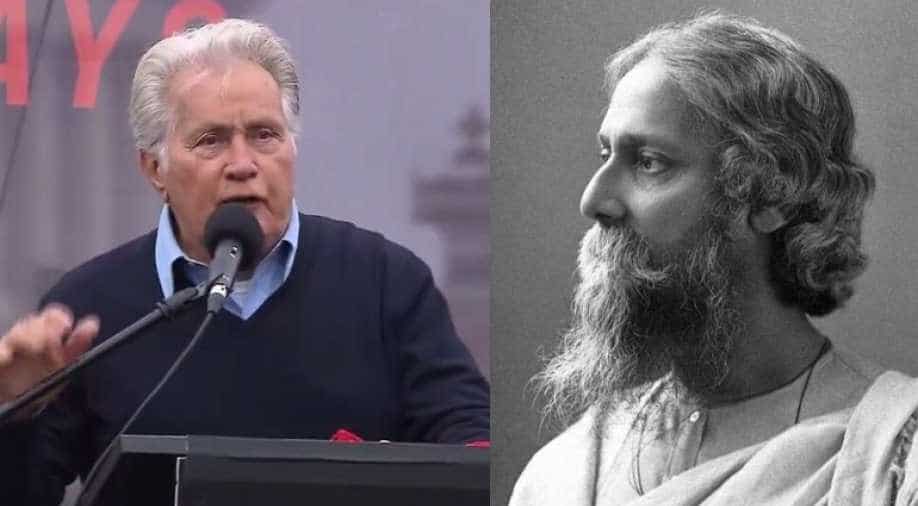 In 2016, a video which had surfaced online, showed Martin Sheen quoting Rabindranath Tagore

Veteran actor Martin Sheen who was one of the celebrities who joined the weekly protest organised by actor Jane Fonda against climate change won hearts as he recited Rabindranath Tagore's famous poem "Where the mind is without fear" in front of protestors.

The actor was among 147 people who got arrested later from outside the US. Capitol building.

Before the arrest, Martin- while giving the speech- recited Indian poet Rabindranath Tagore's well-known poem. Sheen quoted from the poem, "Where the mind is without fear, And the head is held high.''

Twitterati showed their love and excitement, as the actor's video from the protest went viral.

Indeed, it must be saved by women! Martin Sheen on fighting the good fight, and heeding Tagore’s words https://t.co/tOHuiVFYt7

Where the clear stream of reason has not lost it's way
into the dreary desert sand of dead habit.
Where the mind is led forward by thee
into ever widening thought and action.
In to that heaven of freedom, my father,
LET MY COUNTRY AWAKE! #Tagore #Poetry_Planet #peace . https://t.co/AvzYb032FW

This is not the first time Sheen has been heard quoting Rabindranath Tagore. In 2016, a video which had surfaced online, showed Sheen quoting Tagore.

Golden Globe winner Joaquin Phoenix was also among those who got arrested on Friday, along with other climate change protestors.