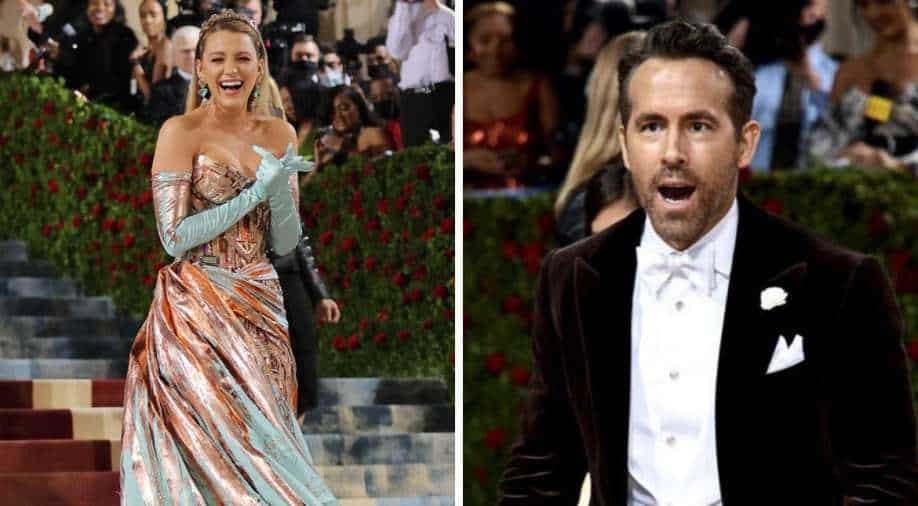 Sticking to this year's theme 'Gilded Glamour', Blake turned up in a custom Versace gown which was made in shades of copper and blue and had a large bow on the waist.

Hollywood's power couple Blake Lively and Ryan Reynolds turned heads as they walked the red carpet on Monday night for the annual Met Gala 2022. The couple co-chaired the event and dressed in their glamorous best for the event.

Sticking to this year's theme 'Gilded Glamour', Blake turned up in a custom Versace gown which was made in shades of copper and blue and had a large bow on the waist. Her husband, actor Ryan Reynolds wore a black vintage suede suit with a white bowtie. As the two walked down the red carpet and posed, they smiled and often exchanged a word or two and smiled at each other. 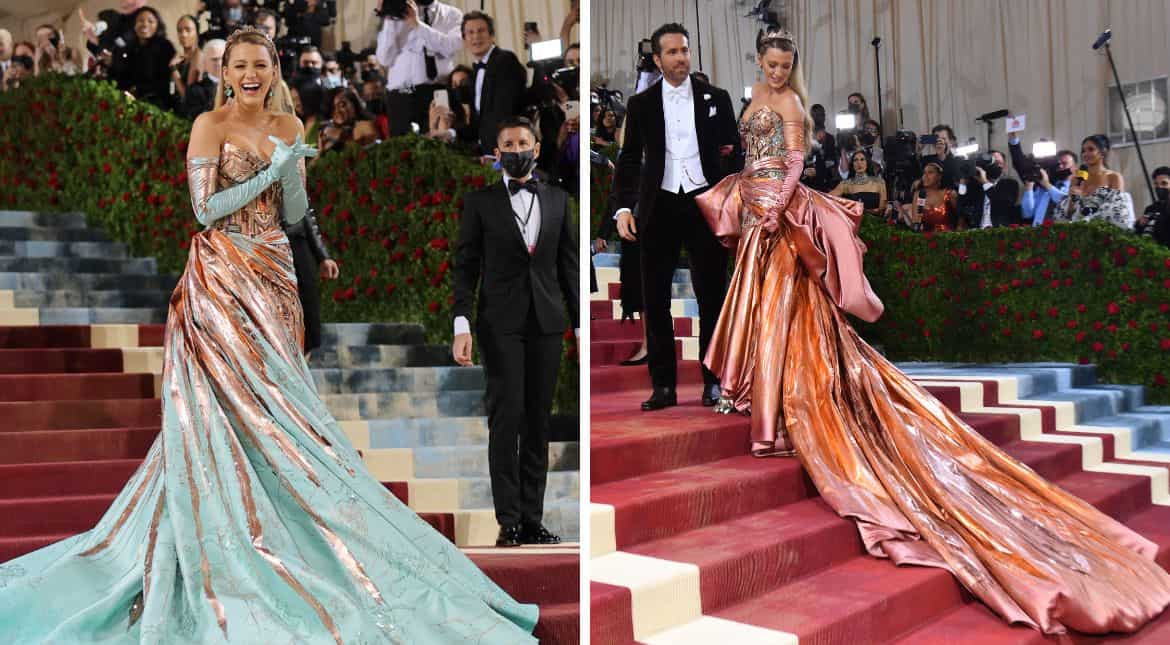 On their way up, Blake stopped midway on the stairs to pose as Ryan walked a few steps ahead. Three attendants came and assisted Blake to untie the large bow on her dress which unfurled a layer of light blue with a tinge of copper in it. They even helped her take off the copper tone gloves, only to reveal matching blue ones underneath. 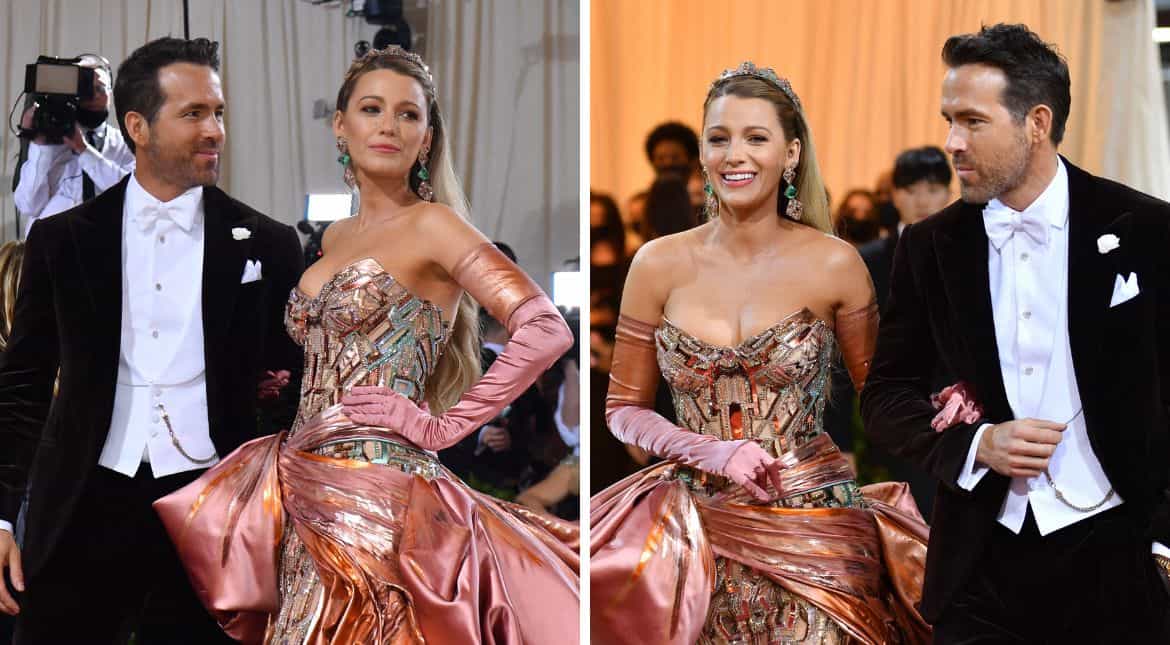 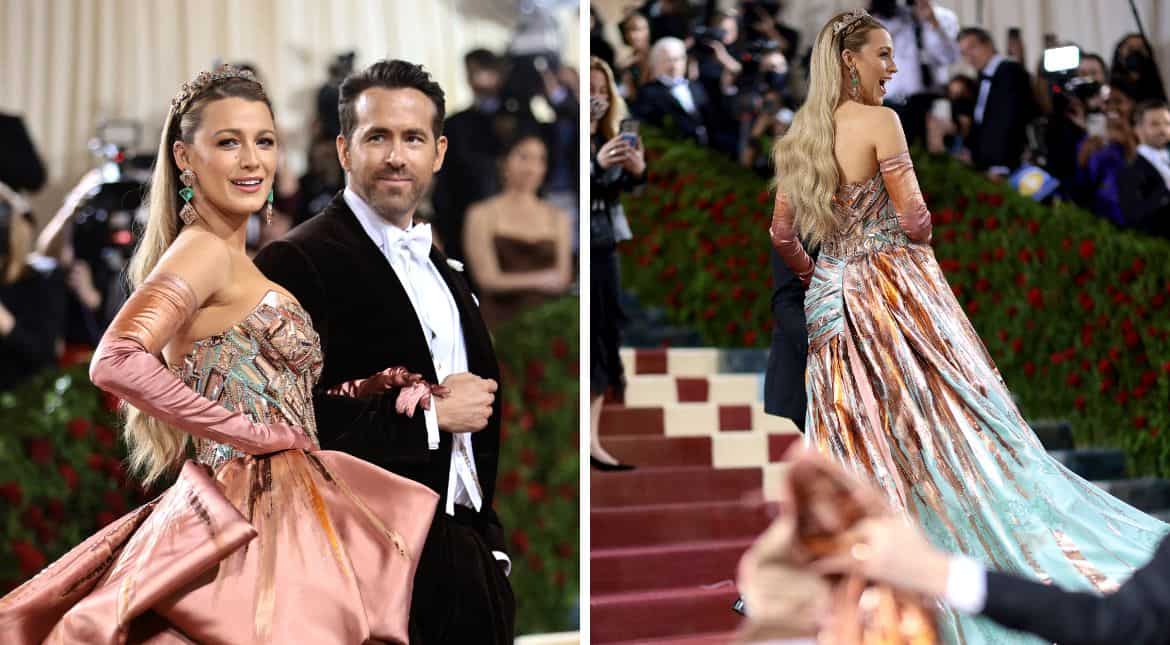 The whole transformation took place in public eyes, and most cheered Blake's outfit.  A video doing the rounds of the internet shows loud clapping and cheering as Blake changes her outfit but netizens couldn't help but notice Ryan's expressions who looked, first shocked and eventually clapped proudly for his wife.

MY GOSH THE WAY HE LOOKS AT HER 😍😍😍 #MetGala #RyanReynolds #BlakeLively pic.twitter.com/KoputeLYgT

A picture shows him with a shocked expression on his face, looking at Blake with his mouth open while other videos show him beaming at his wife and applauding. Met Gala 2022 red carpet: Stars kick off fashion's biggest night in style

Blake's outfit was an ode to the city of New York. While speaking to the media, the actress said, "I looked at New York City architecture for this event, and I loved the copper patinas. I asked Versace if we could do it and they said, 'Oh god, OK, let's try!' And we did."

Many fans felt that the bronze-copper to blue-green transformation was an ode to the Statue of Liberty which has turned green over the centuries due to oxidation. The statue was installed at the New York harbour in 1886.