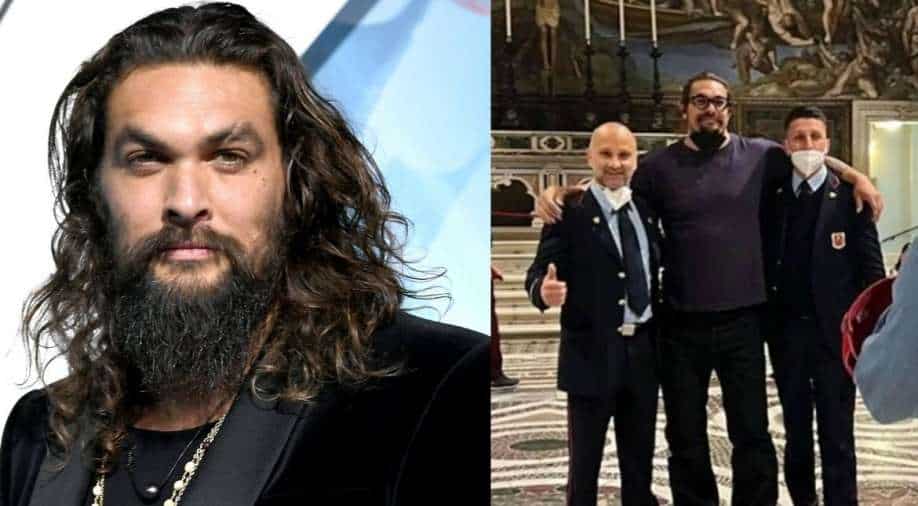 Using cameras and phones is prohibited inside the Sistine chapel.

Sacred places around the world have some set of rigid decrees for tourists to follow. For example, no photography policy or a particular dress code, or one that prohibits travellers from taking sand from a beach.

'Game of Thrones' actor Jason Momoa was recently in serious trouble for breaking one such rule at Italy's Sistine Chapel. The actor was on a visit to the Vatican City last week where he flouted the Chapel's rules by clicking pictures inside it.

Momoa has now offered a video apology on Instagram, with a caption that says, “Just want to send my absolute admiration for the Italians and this beautiful country. Want to send apologise for any disrespect. I love your culture and history.”

The 'Aquaman' actor had earlier shared a series of pictures that showed him posing from inside the Vatican's famous chapel. The actor was shooting for his upcoming action franchise film 'Fast & Furious' titled 'Fast X'.

Using cameras and phones is prohibited inside the chapel.

“If you ever felt that I disrespected your culture, that wasn’t my intention," the actor went on to add in the video apology in which he's shirtless and could be seen lifting weights. Adding that people wanting to click pictures with him compelled him to oblige their wish, otherwise, he had no intention to disrespect.

Rules at the Sistine Chapel

Tourists flock to the Sistine Chapel to see the famous frescoes by Michelangelo that are drawn on the ceiling and onto the wall behind the altar. The illustrations are endless and have no beginning or end.

Called 'Sistine Ceiling', Pope Julius II authorised the frescoes in 1508. Michelangelo began painting the ceiling in 1508 and finished it in 1512.

The events painted on the ceiling depict events from the Old Testament while the frescoes made on the wall behind the altar depict the Last Judgment, painted by the Italian sculptor and painter under the directives of Pope Paul III from 1534 to 1541.

Visitors are instructed not to click photos once they enter the chapel while the appointed staff have the authority to delete any such photographs or video recordings being taken.