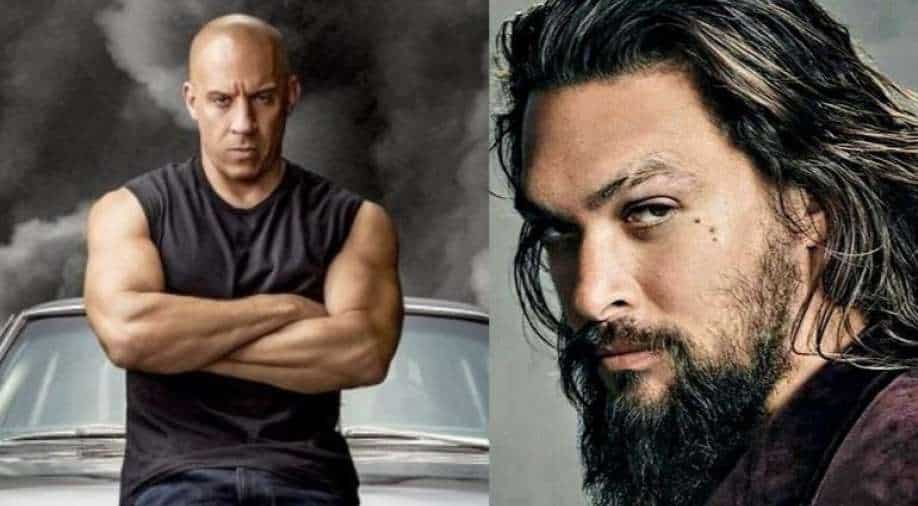 The 'Fast and Furious 10' will release on May19, 2023. The plotline and cast details have been kept under wraps for now.

Jason Momoa is all set to star in the 10th instalment of the Fast and Furious franchise alongside Vin Diesel.

While more details of the movie have been kept under wraps, it is reported that the 'GOT' star might play one of the film’s villains.

Justin Lin, who returned to the franchise with 2021’s 'F9: The Fast Saga', is back in the director’s chair as well.

Diesel is set to return to the franchise along with Michelle Rodriguez, Tyrese Gibson, Chris Ludacris Bridges and Sung Kang.

Charlize Theron, who first appeared in the eighth film of the franchise,' The Fate of the Furious, and returned for F9, is also expected to be back.

Chris Morgan is returning to pen the script with Diesel and Lin producing the movie.

Earlier, Diesel wanted Dwayne Johnson to rejoin the franchise and reprise his role as Agent Lucas Hobbs. Last year, the actor shocked everyone as he made a public request for Johnson asking him to rejoin the 'Fast and Furious' upcoming 10th entry, after years of their public feud. However, the Rock later publicly declined the request and said he was 'very surprised' to see Diesel Instagram post after he refused to join the film 'directly and privately' to Vin.

On the work front, Momoa wrapped shooting the 'Aquaman' sequel, 'Aquaman and the Lost Kingdom.'