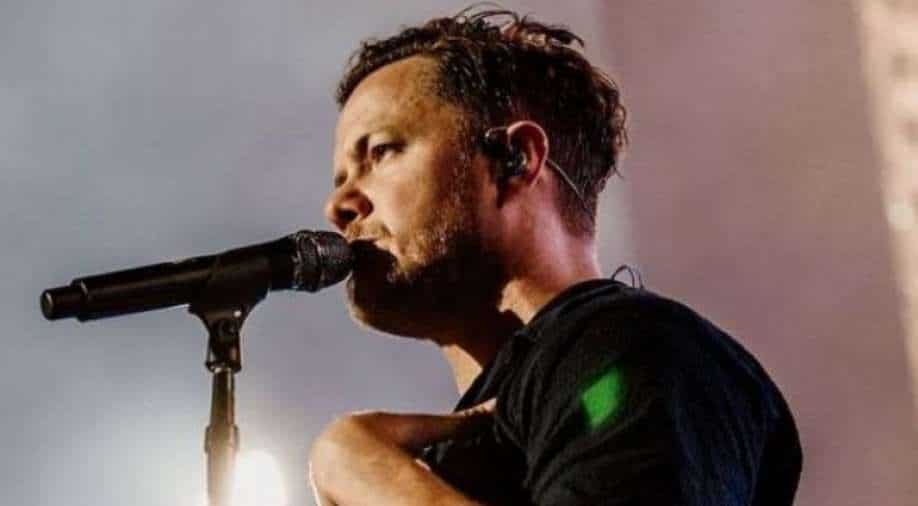 "This sounds so crazy to say out loud — and I haven't told anybody this but my wife," the singer told the Las Vegas Review-Journal. "I woke up one morning and I had this dream — I don't even recall exactly what happened in the dream — but it had my parents' house in it and it had Encircle involved. I had never put two and two together, and I woke up, I was like, 'Aja, I just had this dream.'"

He added, "I don't recall the details other than it made me think, 'What if we got my parents' home and turned it into the Encircle house we've always talked about creating here in Las Vegas?' She immediately was brought to tears, and so was I. We just knew, Oh, my gosh, this is what we have to do."

Dan told the newspaper that his parents moved into the home in 1987 when he was just a baby.

"That was the home they raised all their kids in," Dan said of his parents. "It was always a home of love and celebrating all of us for who we were. My parents always practiced that. They didn't care who you were. They didn't care where you were from. They just loved. There were a lot of kids who stayed at that house growing up who had a hard time at their home. It was like a home away from home for so many people in Las Vegas."

Encircle provides safe familial spaces with various programs and therapy sessions for LGBTQ+ youth and their families. The website said its mission is "to bring the family and community together to enable our LGBTQ+ youth to thrive." With the donation, the organization has now expanded outside of Utah for the first time (Encircle operates four homes in the Beehive State.)

Dan's relationship with Encircle began in 2018 when he put together his documentary "Believer," which chronicles his journey to LGBTQ+ advocacy as a member of the Mormon church. Dan, who is Mormon, also puts on the annual LoveLoud music festival in Utah.

"During the time we were filming 'Believer,' we were really looking at who — if anyone — was doing things within the religious community, particularly in Mormonism, to change these statistics that are devastating," he told the Vegas newspaper. "The suicide rate for LGBTQ youth, especially in Utah, was so high and it was just continuing to go up.

"Encircle got brought up to us over and over by anyone who was involved in this space saying, 'Look what they're doing over here,'" Dan continued. "The second I walked into that house and saw how much of a safe haven it was and how needed it was, especially in that community, immediately I felt like, 'Man, I wish there was one of these in every city in the whole world.'"