Here's what Queen wrote in her last note to Prince Philip 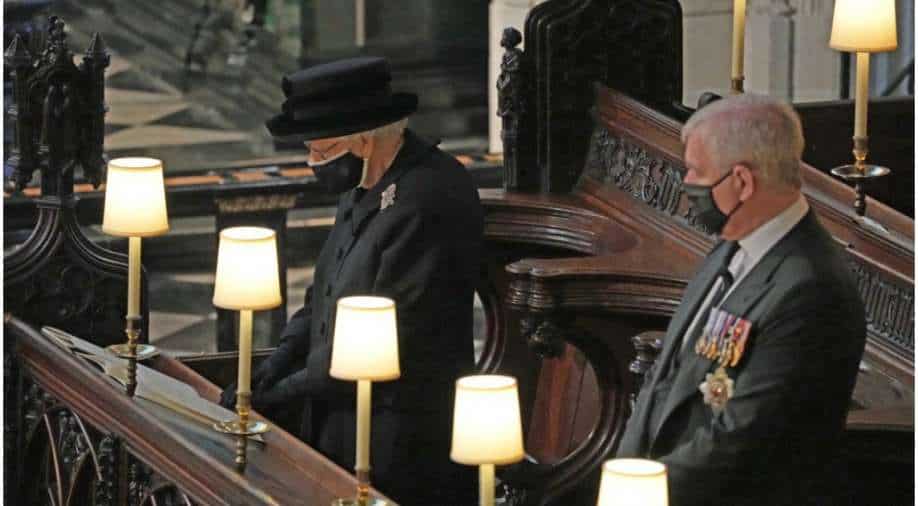 Prince Philip was a strong support to Queen Elizabeth, herself a commanding presence. He called her 'Bet', a short for 'Lilibet', as the Queen used to call herself when she was very very young. At that age she was unable to pronounce 'Elizabeth'. Photograph:( AFP )

The Queen's last written words to her beloved late husband Prince Philip have been revealed.

Prince Philip's funeral might be over but the details from the ceremony are enough to make the strongest hearts emotional.

The Queen's last written words to her beloved late husband Prince Philip have been revealed.

The monarch placed a very special wreath on top of the Duke's coffin and it carried a special note which appeared to read: "In loving memory, Elizabeth"

According to Hello magazine, the card was handwritten and edged in black, which follows the mourning rituals of the royal family. The wreath featured white lilies, small white roses, white freesias, white wax flowers, white sweet peas and jasmine.

Cutting a solitary figure at the front of the quire, nearest the altar, the Queen sat apart from her children.

The Duke of Edinburgh passed away at age 99 on April 9. The Queen and Philip were married for 73 years.

He was laid to rest on April 17, in a private service attended by only 30 guests at St George's Chapel on the grounds of Windsor Castle.

The Duke's coffin was draped with his personal standard and his Admiral of the Fleet Naval cap and sword were placed on top.

The Duke's standard features tributes to Philip's heritage with the Danish coat of arms, the Greek cross, Edinburgh Castle and the stripes of the Mountbatten family.

Ahead of the intimate funeral service, the Queen and Philip's four children all took part in the solemn procession, alongside Princes William and Harry, Peter Phillips, Vice-Admiral Sir Tim Laurence, and the Earl of Snowdon.

Among the small group who attended were the Duchess of Cornwall, Duchess of Cambridge and Sophie, Countess of Wessex, who had her arms around her children, Lady Louise Windsor and James, Viscount Severn.