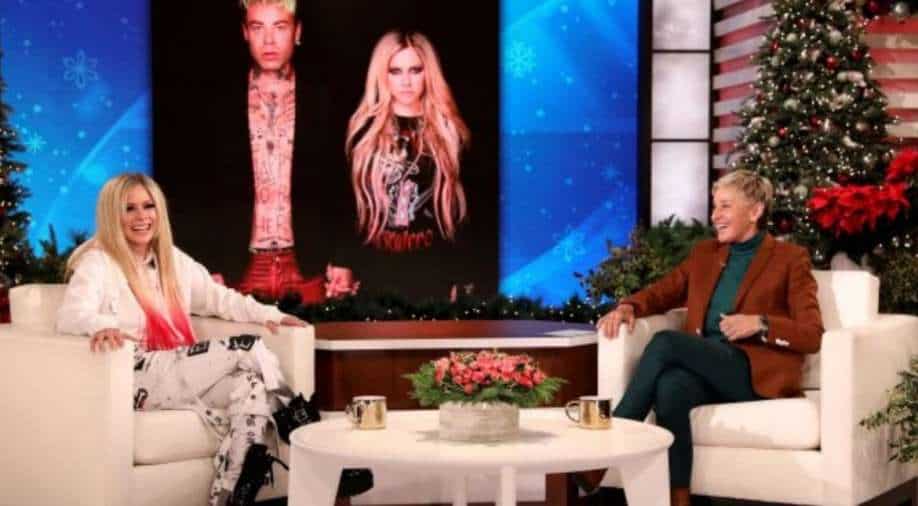 Avril Lavigne released her new single 'Bite Me' on November 10 and announced she has a new album coming out.

Avril Lavigne made a surprise appearance at the Ellen DeGeneres show as she came to talk about her new album and blooming romance with boyfriend Mod Sun.

Speaking about a lot of things, Avril mentioned that she isn’t shy of getting tattoos and her next one might be a little different. When asked if she could get a tattoo of Mod Sun, Avril promptly said, “Probably!” as they joked about getting a tattoo artist out of the audience immediately and getting it done on the set itself.

Having come back after a break of four years, Avril told Ellen, “I took a four year break, and then I put out an album and I was on tour. In the pandemic, half that tour got cancelled. I have a world tour next year, so I’m really eager to get back out and play shows again.”

The singer released her new single 'Bite Me' on November 10 and announced she has a new album coming out. She has yet to reveal the name or release date.