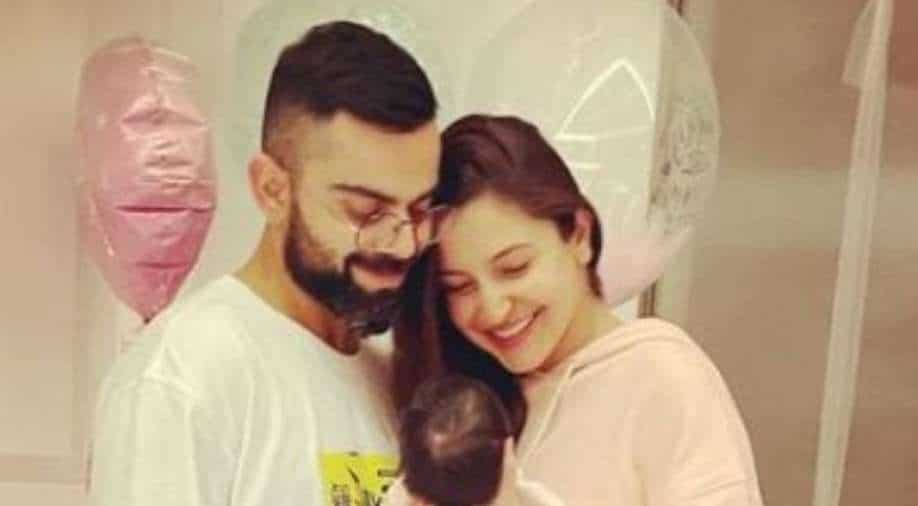 The adorable photo has Virat and Anushka lovingly smiling at their little one. The photograph only shows Anushka holding the baby, and does not reveal the face.

On Monday, weeks after welcoming her first child, Bollywood actress Anushka Sharma shared the first glimpse of her and Virat Kohli's daughter on Instagram. In the post, Anushka spoke of the various emotions she has undergone in the past few weeks ever since the birth of the little one. The actress also revealed the newborn's name. Virat and Anushka have decided to name their daughter Vamika.

Thanking fans for their good wishes, Anushka wrote, "We have lived together with love, presence and gratitude as a way of life but this little one , Vamika has taken it to a whole new level ! Tears , laughter , worry , bliss - emotions that have been experienced in a span of minutes sometimes !"

Like every new mother, Anushka admitted that sleep has become a rare thing her life, "Sleep is elusive but our hearts are SO full. Thanking you all for your wishes , prayers and good energy," the actress added.

The adorable photo has Virat and Anushka lovingly smiling at their little one. The photograph only shows Anushka holding the baby, and does not reveal the face.

In pics: Timeline of Virat Kohli-Anushka Sharma's romance as they become parents

Anushka and Virat welcomed their first child on January 11 and a day later requested the media to not click any photo of their daughter as they wanted to maintain her privacy. "As parents, we have a simple request to make to you. We want to protect the privacy of our child and we need your help and support,” a statement issued by the couple read.