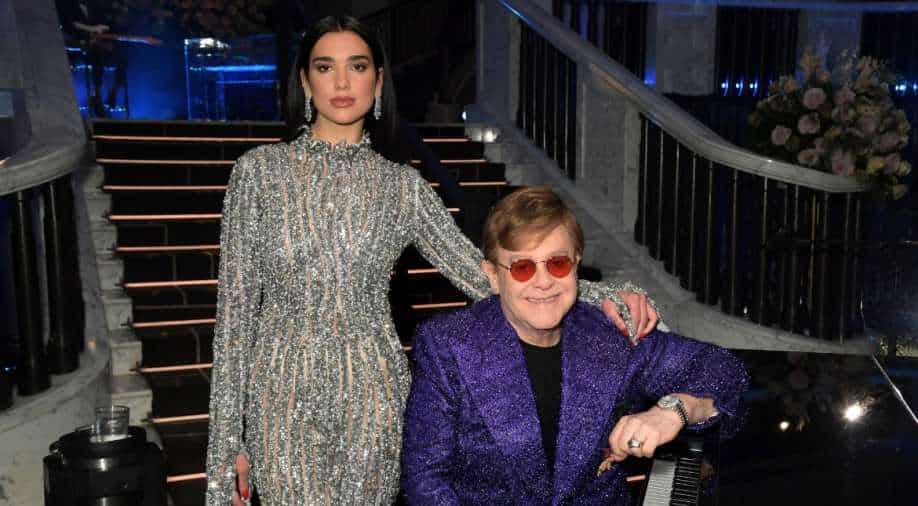 'The Lockdown Sessions' include 16 tracks, 10 of which are new, and the remixed versions of Elton John's hit numbers such as 'Cold Heart – PNAU Remix'.

Sir Elton John is dropping a brand new album, and fans of the musician couldn't be happier!

The music legend dropped 'The Lockdown Sessions' on Friday, which, as the title reads, was conceptualised and worked on during the pandemic-induced lockdowns.

Elton John is going full throttle with his collaborations for this album, with big names from the music world such as Stevie Wonder, Miley Cyrus, Stevie Nicks, Charlie Puth, Nicki Minaj and the late Glenn Campbell joining him on it.

'The Lockdown Sessions' include 16 tracks, 10 of which are new, and the remixed versions of John's hit numbers such as 'Cold Heart – PNAU Remix': the song he made with Dua Lipa and had recently topped the UK music charts for after 16 years.

Interestingly, John also made history in America as his song debuted at No. 81 on the Billboard Hot 100: his 68th entry on the chart and his first appearance in over 21 years.

Sir Elton John reportedly said that working on this album reminded him of his younger days. "Working with different artists during lockdown reminded me of that. I’d come full circle: I was a session musician again. And it was still a blast."

Ahead of ‘The Lockdown Sessions’ coming out tomorrow, discover the stories behind the songs at https://t.co/MqzbdsAGfU.

Plus, don’t miss your last chance to pre-order the album, I can’t wait for you all to hear it 🚀#thelockdownsessions pic.twitter.com/elJceRLOom