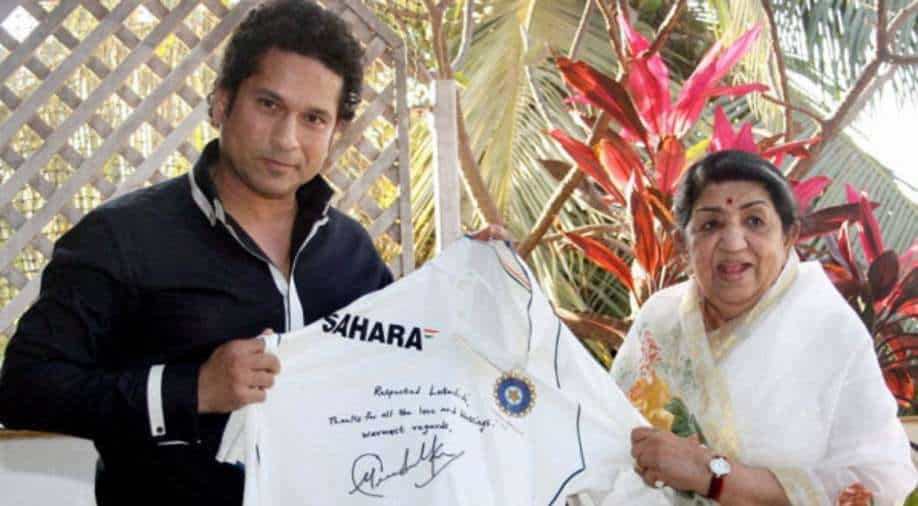 Lata Mangeshkar shared a close bond with ace cricketer Sachin Tendulkar who fondly addressed her as 'aai' - mother in Marathi, the singer and the cricketer's mother tongue.

Legendary singer Lata Mangeshkar was a big fan of the game of cricket and followed every match that India played closely.

Mangeshkar, who breathed her last on February 6, was a big fan of the game and even did her bit to raise funds for BCCI when the Indian cricket team won the World Cup in 1983.

Mangeshkar also shared a close bond with ace cricketer Sachin Tendulkar who fondly addressed her as 'aai' - mother in Marathi, the singer and the cricketer's mother tongue.

"Sachin treats me like his mother and I always pray for him like a mother. I can never forget the day when he called me ‘aai’ for the first time. I had never imagined that. It was a pleasant surprise for me and I feel blessed to have a son like him,” she once said in an interview.

The singer reportedly was one of the many in the country who felt that Tendulkar should be awarded the Bharat Ratna- the highest civilian honour in India. Mangeshkar who was honoured with the Bharat Ratna in 2001, had said in an interview, "For me, he is the real Bharat Ratna for years. Whatever he has done for the country, very few people can do. He deserves this honour. He has made all of us feel proud." Sachin finally received the award in 2014.

The two shared a formidable bond and Mangeshkar never shied away from showering love to Tendulkar at public events. When the news of her demise broke on Sunday morning, Tendulkar was one of the first few to arrive at Mumbai's Breach Candy hospital to pay his last respect.

I consider myself fortunate to have been a part of Lata Didi’s life. She always showered me with her love and blessings.

With her passing away, a part of me feels lost too.

She’ll always continue to live in our hearts through her music. pic.twitter.com/v5SK7q23hs

Mangeshkar reportedly had a booth booked permanently at the Lords' Cricket Stadium in London and had even attended 1983 World Cup final where Kapil Dev's team lifted the trophy. The singer had raised money for BCCI so that they could award Rs 1 Lakh to all the team members post their win.