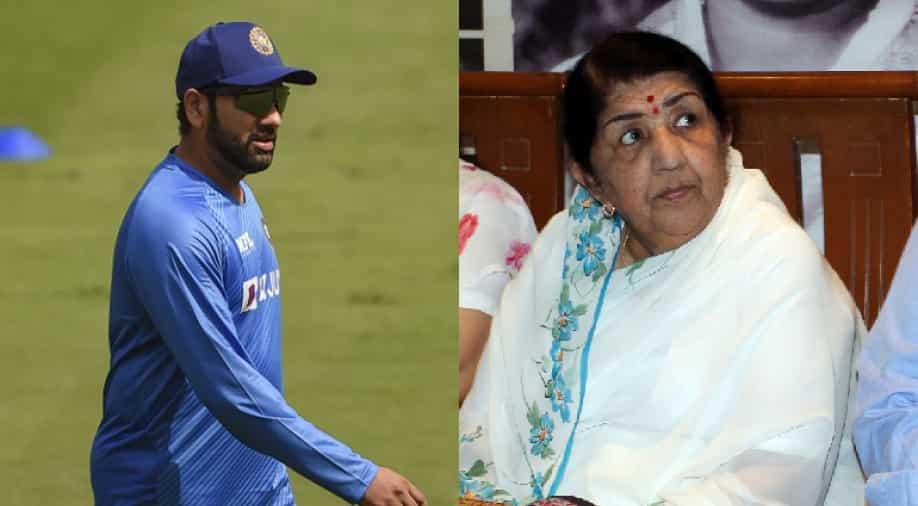 The Rohit Sharma-led Indian team is sporting black armbands in the first ODI against West Indies as a mark of respect for legendary Indian singer Lata Mangeshkar, who passed away on Sunday.

The Indian cricket team is sporting black armbands to condole the demise of legendary Indian singer Lata Mangeshkar. Board of Control for Cricket in India (BCCI) vice-president Rajeev Shukla on Sunday said the Indian players would sport black armbands in the first ODI against West Indies as a mark of respect for Mangeshkar, who passed away on Sunday aged 92.

Regarded as one of the greatest Indian playback singers of all time, Mangeshkar was also known as the 'Nightingale of India' for her melodious voice. She breathed her last on Sunday after multiple organ failures post-COVID-19. She had been admitted to Mumbai's Breach Candy hospital on January 8 after being diagnosed with COVID-19 and pneumonia.

While she managed to recover from COVID-19, she had to be admitted to the ICU due to post-COVID complications. She spent over three weeks in the hospital as her health continued to deteriorate. The legendary singer passed away in the wee hours of Sunday.

"Indian Players will sport black armbands in the first ODI against West Indies at the Narendra Modi Stadium to condole the demise of Lata Mangeshkar. The national flag will fly at half-mast," BCCI vice-president Shukla was quoted as saying by ANI.

Mangeshkar recorded songs for over a thousand Hindi films in a career spanning over seven decades and gave the Indian film industry some of its most memorable hits. She was honoured with India's highest civilian honour, Bharat Ratna in the year 2001 for her contributions to the entertainment industry.