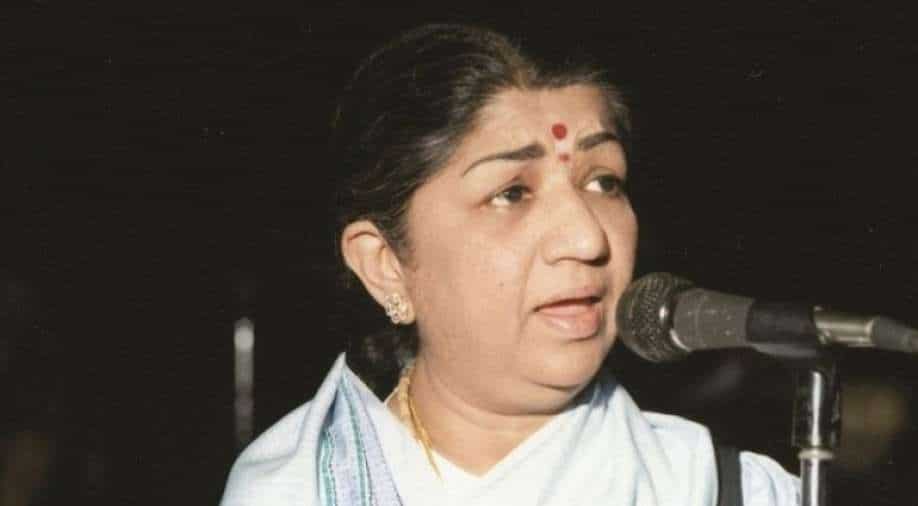 Having inspired generations of musicians, Mangeshkar leaves behind a legacy of songs that will remain timeless for years to come.

India has lost its voice today. Lata Mangeshkar, 'the nightingale of India', is no more. It's a void that will never be filled by anyone - in any generation.  Mangeshkar's seven-decade career in Indian cinema, having sung over 50,000 songs in over 20 Indian languages is both enviable and inspiring. Having inspired generations of musicians, Mangeshkar leaves behind a tall legacy of songs that will remain timeless for years to come.

How to write about a legend who influenced more than five generations, who in her lifetime inspired artists not only in India but worldwide, who was at one point the most formidable name in music in the subcontinent? No words will suffice what Lata Mangeshkar was to India and Indian music.

Born in 1929 to Shevanti and Deenanath Mangeshkar, Lata was the eldest among her five siblings - Meena, Asha, Usha, and Hridaynath who are all accomplished singers and musicians.

Lata Mangeshkar was exposed to music and theatre from an early age as her father was a classical singer and theatre actor. She made her stage debut at the young age of 5 in one of her father's plays and was trained in classical music at home by her father.

Life took an unexpected turn for Lata in 1942 when at 13, she lost her father. Being the eldest among her siblings, Lata took it upon herself to become the primary breadwinner of the family. A close friend of the Mangeshkar family helped Lata start a career as a singer and an actress in the film industry.

Lata sang the song 'Naachu Yaa Gade, Khelu Saari Mani Haus Bhaari', in the Marathi movie 'Kiti Hasaal' in 1942 but the song was dropped from the final cut.

In 1945, she moved to Mumbai from Indore and started learning Hindustani classical music from Ustad Aman Ali Khan of Bhindibazaar Gharana. Around the same time, Lata and her sister Asha played small parts in a movie called 'Badi Maa.'

She tasted success for the first time in 1949 when she sang 'Aayega Aanewaala' for the movie 'Mahal'. The song was composed by Khemchand Prakash and picturised on actors Madhubala and Ashok Kumar.

There was no turning back for Lata after this. With the song gaining immense popularity, offers for playback started pouring in for the singer who in the 1950s became one of the most sought after in the film industry - a feat that remained for decades to come.

She had successful collaborations with a number of composers in the 1950s. From Naushad to Shankar Jaikishan to Madan Mohan to SD Burman- Lata sang for almost all the leading composers of that time and almost all her songs were super hits.  'Aaja Re Pardesi' from 'Madhumati', 'Ichak Dana Bichak Dana' from 'Shri 420', 'Yaad Kiya Dil Ne Kaha' from 'Patita' were some of the hits that Lata sang in the 1950s.

The following decades were completely ruled by Lata Mangeshkar. Of course, there were other singers - most prominent among them was Geeta Dutt and Lata's younger sister Asha Bhosle- but the range and versatility that Lata had were unmatched. The 1960s saw her singing the mammoth hit 'Pyaar Kiya To Darna Kya' for 'Mughal-e-Azam', 'Kaheen Deep Jale Aana', 'Piya Tose Naina Lage Re' from 'Guide' to name a few.

Lata is one of those rare singers who has worked for generations of stars. She was a frequent collaborator with SD Burman as well as his son RD Burman. She also did playback for actress Tanuja and decades later for her daughter Kajol, actress Dimple Kapadia and her daughter Twinkle Khanna.

Someone had rightly said that the real heroine of the cult classic 'Pakeezah' was Lata Mangeshkar. The film, based on a courtesan's life, featured Meena Kumari and had soulful music composed by Ghulam Mohammed and Naushad and all the songs were sung by Lata Mangeshkar who breathed in magic in each of the songs that are remembered till date.

In 1990, Lata launched her own production house and produced Gulzar’s movie 'Lekin' (1990). The film fetched the songstress her third National Film Award as a best female playback singer for the song 'Yaara Seeli Seeli'. The song was composed by her younger brother Hridaynath.

A cricket enthusiast, Lata Mangeshkar reportedly had one of the boxes at the Lord's Cricket Stadium in London permanently booked under her name. Her favourite cricketer was Sachin Tendulkar who shared a close bond with the singer.

Lata Mangeshkar attended the historic World Cup final in 1983 at Lord’s which the Indian team had won. She had helped the BCCI raise funds to reward the winning team by organising and performing at a concert in Delhi. With the earnings, the board was able to give Rs 1 lakh to each player as a reward.

Having ruled Indian film music for decades, Lata Mangeshkar cut down on her work from the 1990s and became selective with her projects. Some of her recent work included collaboration with AR Rahman in 'Dil Se' in 1998 and 'Rang De Basanti' in 2006, and Yash Chopra's 'Veer Zara' in 2007 where she did the playback for Preity Zinta.

Through her timeless songs- Lata Mangeshkar represented India. She cannot be only called a Hindi film singer because she sang in almost all languages in Indian films. Honoured with international awards, and India's highest civilian honour Bharat Ratna, Mangeshkar was an institution in herself - with teachers, musicians and students seeking inspiration from her style of singing, her range and her life.

She lived a private life in the later years, away from the limelight but would often speak up for various causes related to musicians. She had lent her support when Javed Akhtar and Sonu Nigam had spearheaded a campaign for artists to get a royalty for songs. She would connect with fans via Twitter from to time and was vocal about displeasure over the remix culture.

Rest in power, Lata Ji. Make heaven sing along with you.