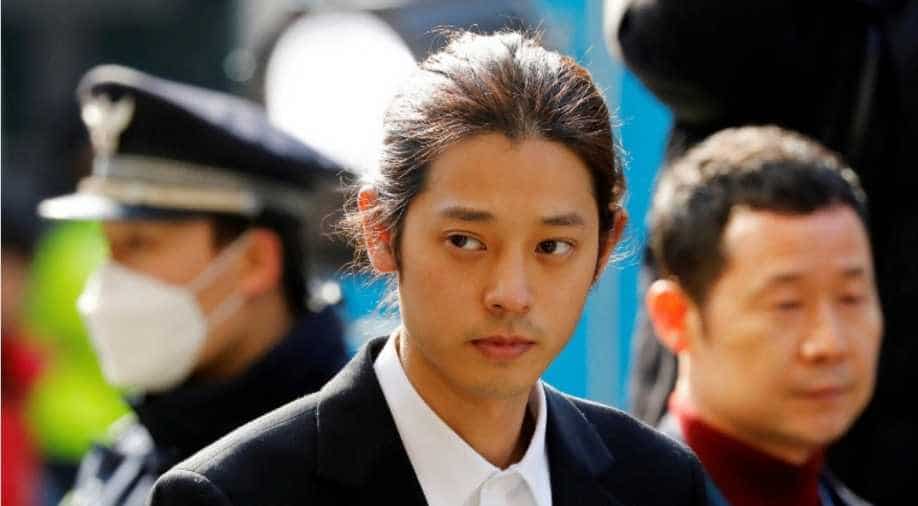 Jung admitted to having shared videos he secretly took while having sex with women. Photograph:( Reuters )

Korean pop, after enjoying massive growth in popularity last year, can easily label this as the lowest time in the history of the music genre. After Seungri and Jung quit over sex scandal expose, a third K-pop star quit showbiz today.

The most recent to follow suit is Yong Jun-hyung who announced leaving the boy band Highlight after admitting to viewing a secretly filmed video. The 29-year-old took to Instagram to announce the news. Apparently, he received a clip from another pop star who had allegedly recorded a sex video without the woman's consent and then participated in "inappropriate conversations" about it.

In the post, he admitted to doing this and wrote: "All these behaviours were extremely unethical, and I was stupid.”

As he announced this, his former band Highlight’s entertainment label, Around US Entertainment, said in a statement that Yong was "now in a deep state of reflection for his past inappropriate actions, as well as for the disappointment that he undoubtedly caused many due to his immorality".

The police are currently questioning K-pop stars over their roles in the scandal.

For the uninitiated, the use of hidden cameras to record sexually explicit material, known as ‘molka’, is a fast-growing problem in the South Korean society.