South Korea police are due to question two K-pop stars over allegations of sex tapes, secret chat about rape, and deals facilitated by prostitutes, in a sex scandal that has rocked South Korea's music world and hit entertainment stocks. 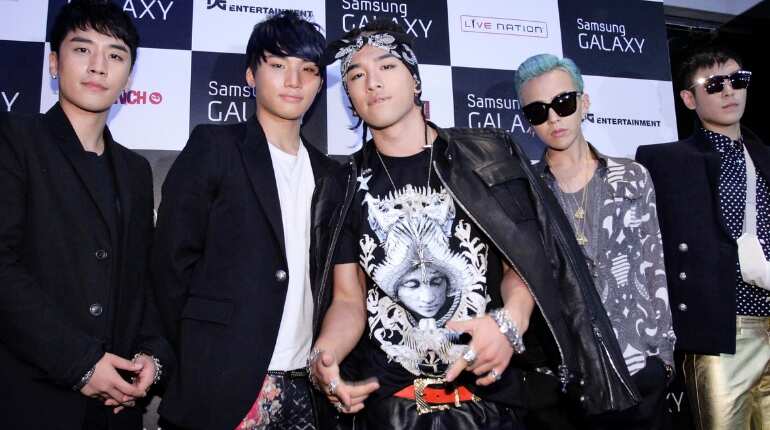 Singer Lee Seung-hyun, better known by the stage name Seungri, said on Monday he was leaving the entertainment industry to fight accusations he paid for prostitutes for foreign businessmen to drum up investment in his business.

The allegations against the boyish stars who epitomise an industry that has put South Korean pop culture on the global stage has triggered a blame-game with accusations the business has neglected young stars' morality in the lust for fame and fortune. 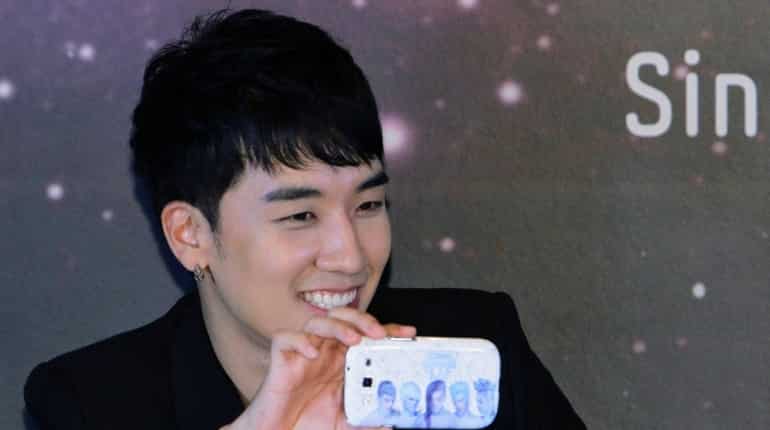 Police have said the 28-year-old singer is suspected of what is known as "sexual bribery".

Lee, a member of the group BIGBANG and nicknamed South Korea's "Great Gatsby" for his lavish lifestyle, denies any wrongdoing. 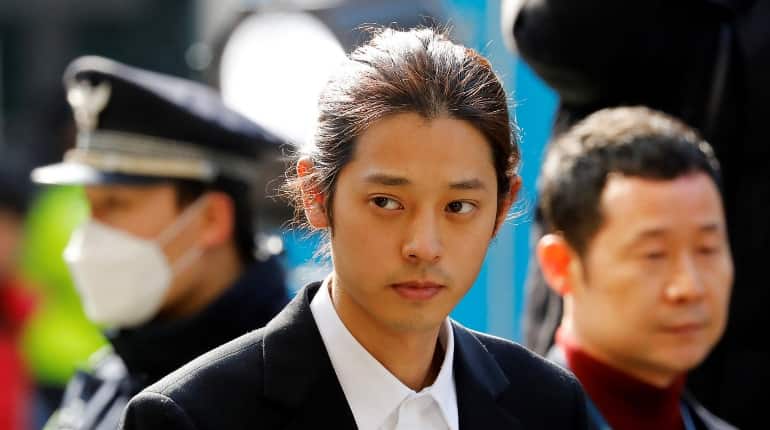 Another singer and television celebrity, Jung Joon-young, is also in trouble.

Jung admitted to having shared videos he secretly took while having sex with women. Police are investigating.

Jung's agency, MAKEUS Entertainment, has terminated his contract and he has been barred from leaving the country while police question him over suspicion he distributed the videos. 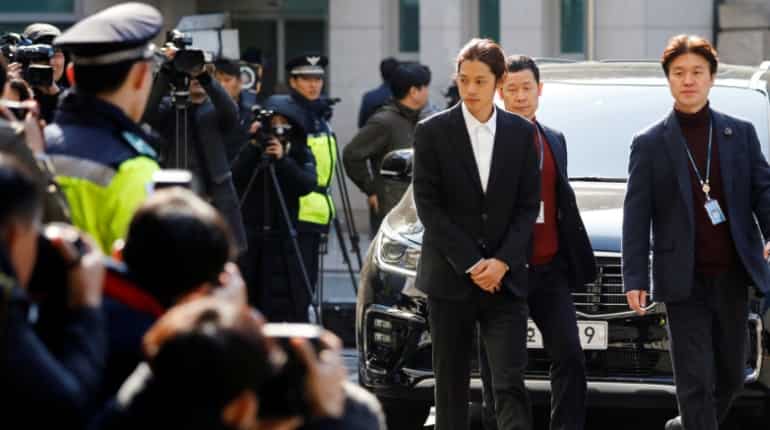 Lawyers for Jung could not be reached for comment.

Lee and Jung were both members of online chat groups where secret sex tapes were shared, and men joked about drugging and raping women, according to the broadcaster SBS. 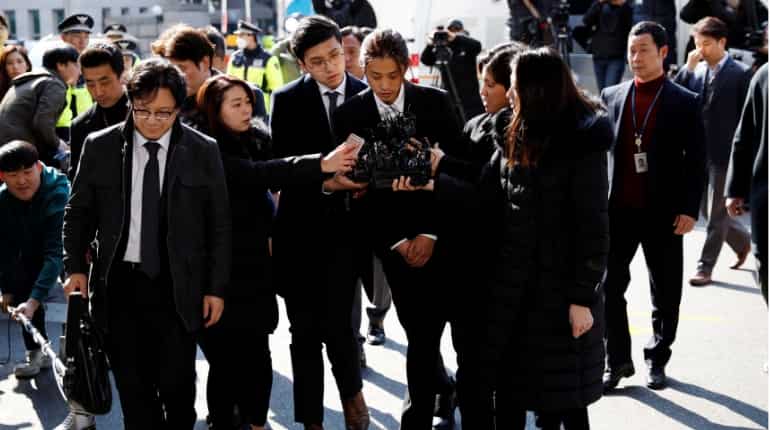 Industry commentators have taken aim at the business managers, notorious for demanding the strictest of training regimes and controlling every aspect of young stars' lives.

The focus on finding the winning song and dance formula came at the cost of the performers' "moral education", said entertainment commentator Ha Jae-keun, adding that many companies covered up problems until it was too late. 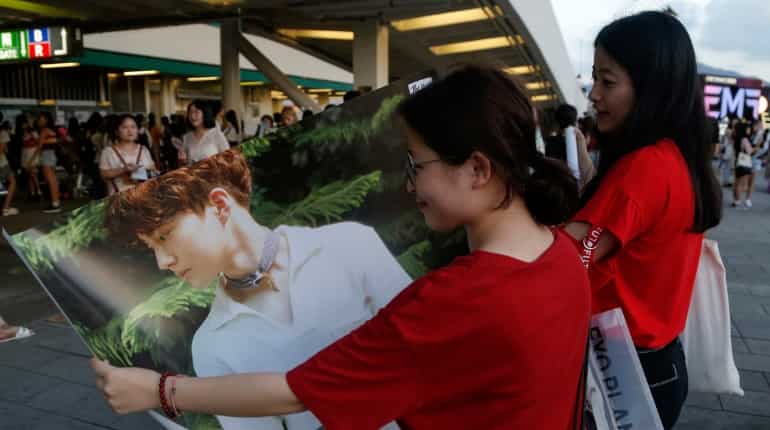 "If the agencies do not give sufficient care to their stars, including education and stress management, they will end up raising walking time bombs," said another industry commentator, Kim Sung-soo.

The South Korean public is demanding action and selling shares in the industry.

A petition calling on the president to crack down on predatory and corrupt practices the scandals have exposed has gathered more than 200,000 signatures. 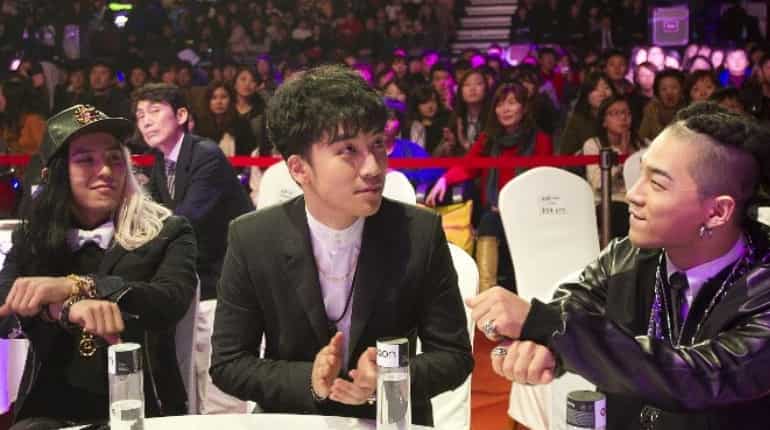 Fans are walking away

Shares of Lee's agency, YG Entertainment, fell more than 20 percent after his sex bribery scandal was first reported on Feb. 26, while shares of other top music companies have also taken hits.

YG said on Wednesday it would terminate Lee's contract at his request. A company source told Reuters the future of BIGBANG as a group had not been decided.

But some fans are already walking away. 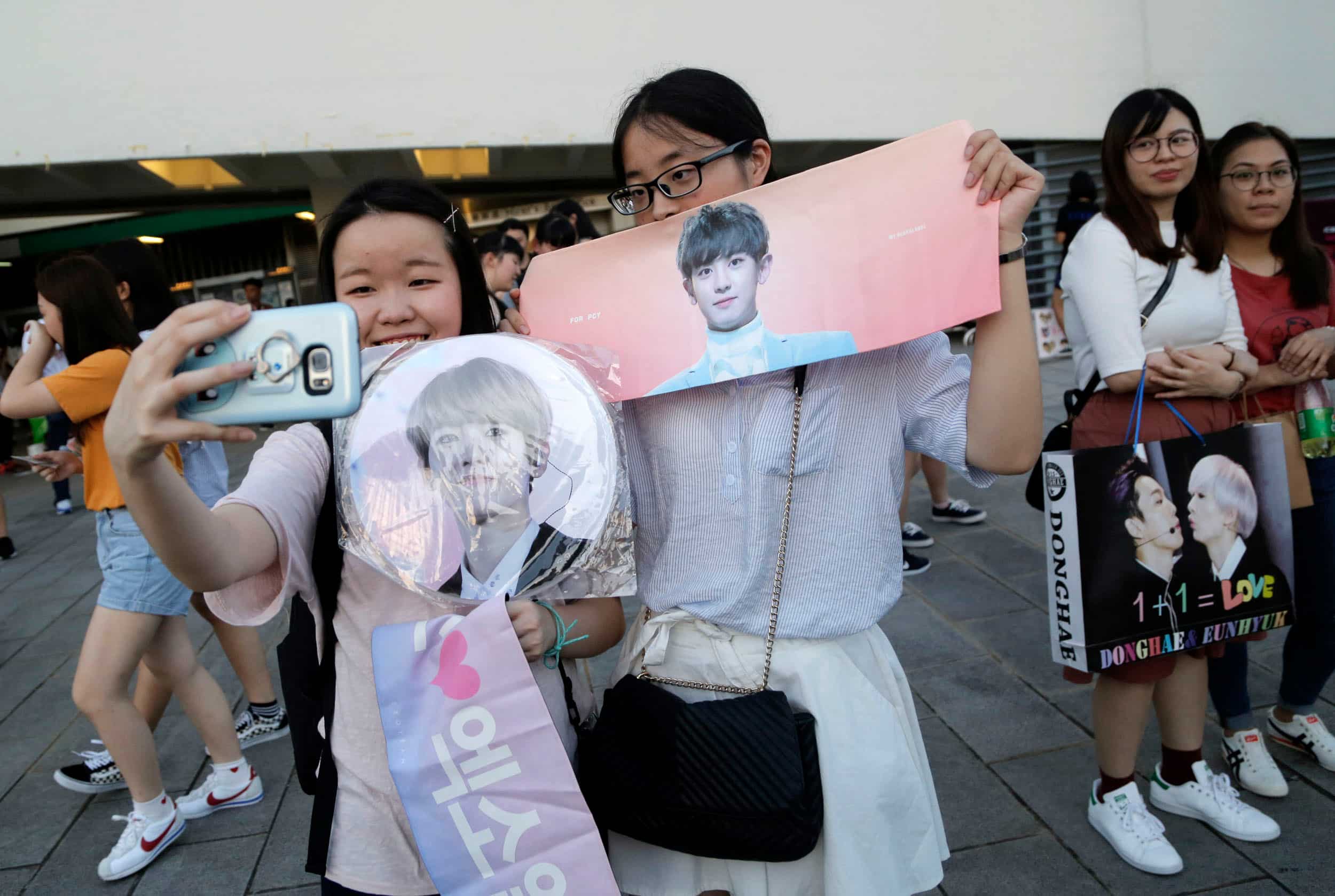 'Ashamed to say I used to be a BIGBANG fan'

"What a scumbag. I am ashamed to say I used to be a BIGBANG fan," said Jenny Eusden, an English teacher in South Korea.

"I just want people to know this is not OK."

"My friends told me that I should stop being a fan of K-pop," she said as she waited outside the company's office in Seoul, hoping to put her demand for answers to company officials.