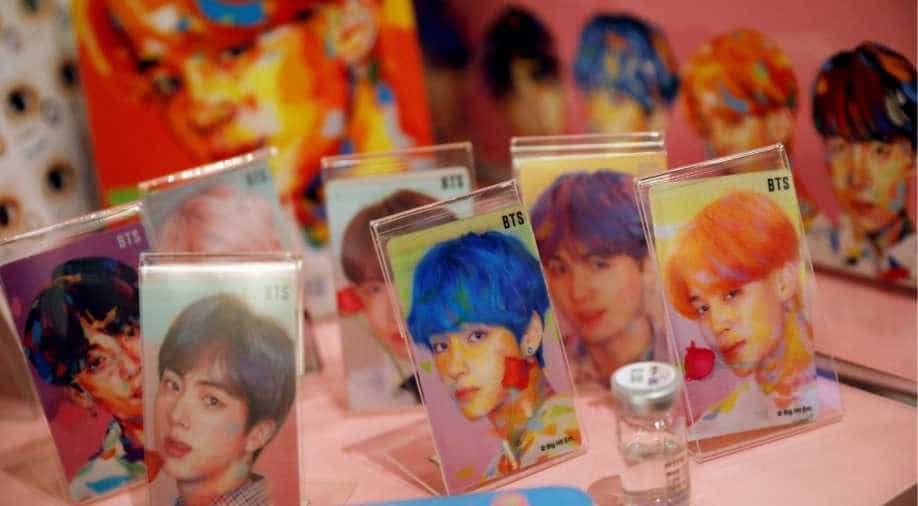 "I want to buy some cushions, dolls, badges, things like that today, and notebooks to give to my friends," said Lee, who waited in line with her 35-year-old daughter.

In the early hours of a freezing Christmas Eve, 62-year-old Lee Myeong-sook queues up in Seoul's ritzy Gangnam area for a chance to buy a t-shirt, or maybe even a toothbrush, branded with the logo of K-Pop boyband BTS.

The rest of the district is all but deserted, but a huge line of fans of all ages and nationalities is building up around her outside the pop-up shop "House of BTS", dedicated to the seven-piece behind "Boy With Luv" and other hits.

K-Pop management agencies, including BTS' Big Hit Entertainment, have been expanding their retail operations to capitalise on a merchandising boom - this is the band's first outlet in Seoul with others popping up as far afield as Mexico.

"I want to buy some cushions, dolls, badges, things like that today, and notebooks to give to my friends," said Lee, who waited in line with her 35-year-old daughter.

Branded jackets sell for 299,000 won ($257) alongside socks, sleep masks and other merchandise linked to the band which has spearheaded a wave of Korean pop music and become the first group since the Beatles to have three number one albums in the United States in less than a year.

Analysts say demand for the gear is growing as the popularity of K-Pop bands spreads beyond the domestic market across other parts of Asia and into the West.

Japanese fans outside the store told Reuters they had flown in because the Gangnam store "had more stuff" than the three BTS stores in their own country. About 1,500 fans or more visited the store during a single day last week.

"I’m hoping to buy whatever I can," said Rebecca Mould, 25, originally from the U.S. city of Boston, a BTS fan for about two years on her first visit to the store. "I already have a lot, so whatever else there is..."

It has also partnered with Line Friends, an affiliate of South Korea's top internet firm Naver <035420.KS>, to sell goods linked to the "BT21" animated characters designed by members of BTS.

"The constant derivation of new products seem to contribute a lot (to sales)," said Han Sang-woung, analyst at Eugene Investment Co Ltd, who estimated agencies' merchandise profit margins at around 20%.