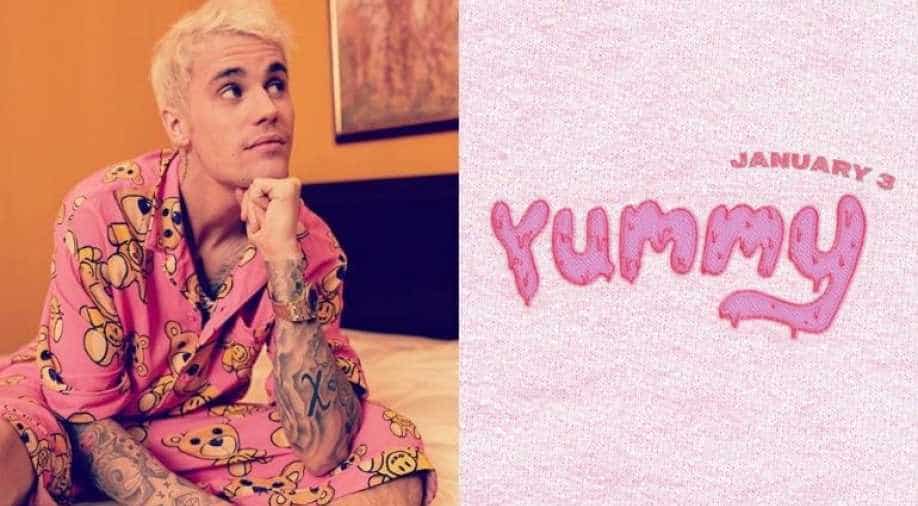 The song begins with the chorus, which is basically Justin saying Hailey is yummy over and over again.

American singer Justin Bieber dropped a new single 'Yummy' ahead of an upcoming album. According to the news agency, the singer dropped his new music as promised and the song is all about his wife, Hailey Baldwin.

Justin even made the announcement of the release on his social media after he had uploaded the countdown."#Yummy out worldwide now. #2020," read the caption of the post.

The song begins with the chorus, which is basically Justin saying Hailey is yummy over and over again. Wife Hailey also extended her support to her husband by uploading a snapshot of the song and wrote, 'swipe up to listen :)'.

However, an official 'Yummy' music video will be coming soon, and it is possible Hailey could be in the music video, reported news agency.

After a four year break, the singer thanked his fans for their continued support with a slew of treats, including a 2020 tour announcement and a ten-part documentary series to premiere on YouTube on January 27.