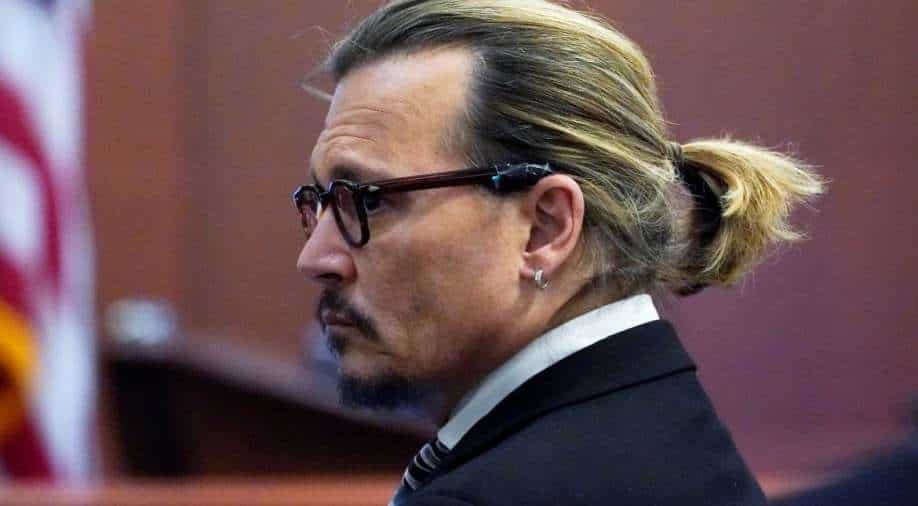 On his arrival on Tik Tok, Johnny Depp posted a video dedicating it to his fans for the support they provided during the six weeks trial against ex wife Amber Heard.

A week after the jury gave its verdict, mostly in Johnny Depp's favour in the defamation case against ex-wife Amber Heard, the actor made his debut on Tik Tok and has amassed over 4 million followers on the app.

On his arrival on Tik Tok, the Hollywood actor posted a video dedicating it to his fans for the support they provided during the six weeks trial. The video was posted on Tuesday morning and had got over 2 million views in two hours after it was posted. The same video was shared on his Instagram and Facebook accounts as well.

The video featured various clips of fans cheering him on during his defamation trial against ex-wife and actress Amber Heard. The video also included shots of him in his car to and from the courthouse as well clips from various concerts he performed in the UK.

Depp included a lengthy caption with a video where he thanked his fans for their support. He did not mention the trail anywhere in the caption or the video.

"To all of my most treasured, loyal and unwavering supporters. We’ve been everywhere together, we have seen everything together. We have walked the same road together. We did the right thing together, all because you cared," he wrote in the post. "And now, we will all move forward together. You are, as always, my employers and once again I am whittled down to no way to say thank you, other than just by saying thank you. So, thank you. My love & respect, JD."

Post verdict, what's next for Johnny Depp and Amber Heard?

Soon after Depp's video was posted, Amber Heard's spokesperson reacted to the post and stated, "As Johnny Depp says he's 'moving forward.' Women's rights are moving backwards. The verdict's message to victims of domestic violence is... Be afraid to stand up and speak out."

Depp has been making several public appearances in the past few weeks ever since the trial got over. He played along with musician Jeff Beck across the UK, he had a celebratory dinner in Birmingham, UK at an Indian restaurant where he spent a whopping $62 000.