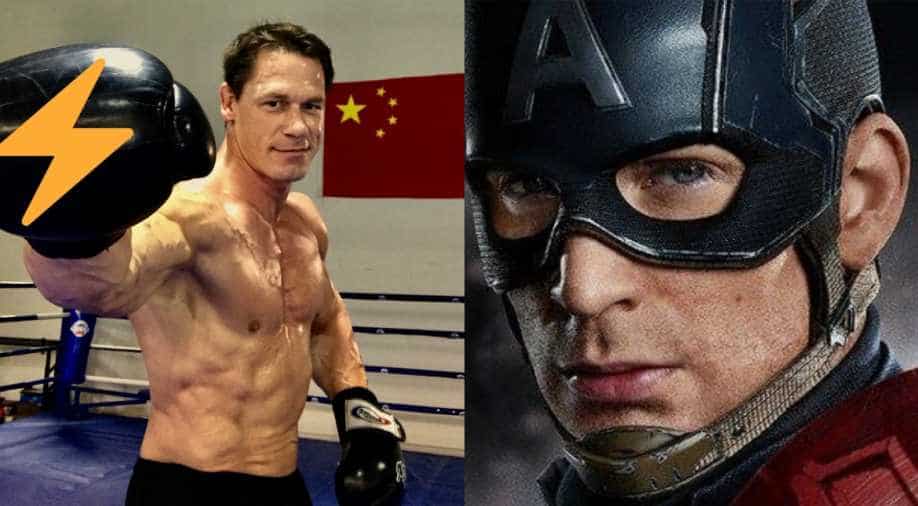 On an earlier occasion, Hollywood star Chris Evans confirmed that he will stop playing the role of Captain America after he's done shooting for 'Avengers: Endgame', the last film from the superhero franchise.

Ellen DeGeneres has something fun to offer, every time she gets a guest on her famous TV chat show. This time it was WWE superstar John Cena who shocked his fans (in a good way) when he admitted that he would like to play Captain America of ‘Avengers’ after Chris Evans (who plays the superhero) is done with the role. Also read: New Captain America could be black or a woman, post Chris Evans' exit

It started when Ellen teased him and said that there is a rumour that he will play Captain America. In fact, the fans wanted him to take up that role, to which he said, "For real?" and added, "Finally, it's happened!"

He then asked who started this rumour, to which Ellen said, "I did, just now."

Earlier, John Cena had also posted on Instagram a picture of Captain America's shield. The WWE fighter also thanked Ellen in advance for starting the rumour.

It is now said that we will see Chris playing the role for the last time in ‘Avengers: Endgame’ next year.

Officially wrapped on Avengers 4. It was an emotional day to say the least. Playing this role over the last 8 years has been an honor. To everyone in front of the camera, behind the camera, and in the audience, thank you for the memories! Eternally grateful.