Jennifer Lopez and her mom performs at the Global Citizen concert 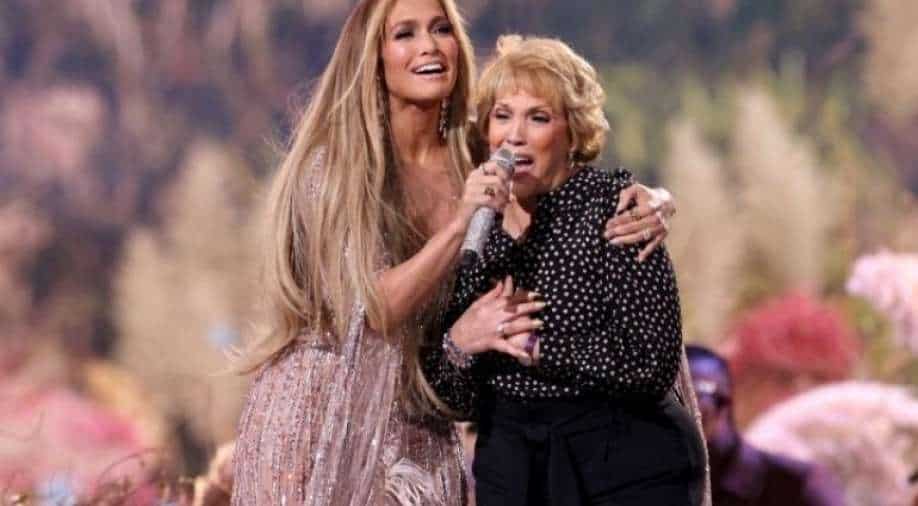 In the mega event, Jennifer Lopez delivered an electric performance and first took to the stage to sing the Neil Diamond song 'Sweet Caroline'

Jennifer Lopez is lending her support for the fight to end the COVID-19 pandemic and on Sunday, May 2, the global star attended the 'Global Citizen VAX LIVE: The Concert To Reunite The World'.

The event which was held at SoFi Stadium in Inglewood, California soon turned into a heartfelt moment for Jennifer and for the audience as she was joined by her mother Guadalupe Rodriguez.

At the mega event, Lopez delivered an electric performance and first took to the stage to sing the Neil Diamond song 'Sweet Caroline', and later she invited her mom and revealed that her mother used to sing that song to her as a child.

''Let's sing it like a lullaby, and let's help her out,' The singer who rocked the event in a nude-coloured bodysuit said, ''Sing it like you used to sing it to me,''.

While talking she also shared due to the pandemic, she wasn’t able to spend Christmas with her mom this year. However, Lopez revealed that her mom was in the audience and was now fully vaccinated.

Later, Lopez took the stage again for a performance of her 2016 hit single "Ain't Your Mama."  Several major celebrities came together for the event organized by Global Citizen. Hosted by Selena Gomez, the concert featured appearances by US President Joe Biden along with First Lady Dr Jill Biden, Vice President Kamala Harris.

The night also featured celebrities such as Ben Affleck, Chrissy Teigen, David Letterman. Meanwhile, a few days back page six reported the newly single Lopez after her split from former fiancé Alex Rodriguez is hanging out with her ex-fiance Ben.