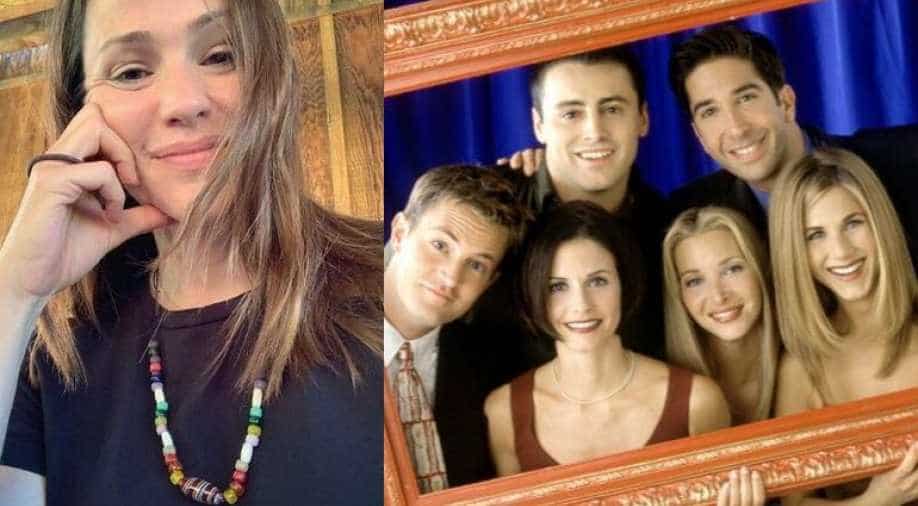 The hilarious video features Garner throwing out all the 'Friends' Easter eggs, quotes, and references as she plays with all the characters.

Is there a bigger fan of the beloved sitcom 'Friends' than actor Jennifer Garner? Not according to the star.

The actor just introduced some of her friends and they are none other than Ross, Rachel, Monica, Chandler, Joey, Phoebe, and Gunther! On the eve of the 25th anniversary of 'Friends', Garner posted a video on Instagram proving that she really is the biggest fan of the NBC sitcom.

It doesn't seem like a big deal at first, because in the video, she's just playing with Legos. But if you look closely, it becomes clear that she's actually playing with the Friends 25th-anniversary special edition Legos set of Central Perk and all the characters.

"Have you met my FRIENDS? I'm pretty sure we've been thick as thieves for 25 years. Not an ad, I bought this because it sparked joy," she captioned the post.

The hilarious video features Garner throwing out all the 'Friends' Easter eggs, quotes, and references as she plays with all the characters.

Have you met my F•R•I•E•N•D•S? 🤣 I’m pretty sure we’ve been thick as thieves for 25 years. ♥️ #happyanniversary #iloveyou #theonewherejenplayswithlegos . @friends @courteneycoxofficial @mleblanc @_schwim_ @lisakudrow #jenniferaniston #matthewperry @slate_michael 👭👫👬🙋🏻‍♀️ . @lego (not an ad, I bought this because it sparked joy 😬👵🏼♥️)

She even blessed her follower's timeline by giving a mini-concert, singing 'Smelly Cat'.

In the video, Garner shows off the characters offering hilarious descriptions along the way. "Hi, I want to introduce you to my friends," she said, before announcing each of the main characters.

She held up a mini Joey Tribbiani (Matt LeBlanc) with a small pizza before placing him in his designated seat, a 'cranky' Gunther, and a little Rachel Green (Jennifer Aniston), who she called her best friend.

"Is she still Rachel without this?" Garner asked as she pulled off the character's iconic hairdo for a brief moment "No".

The next figurine in the line-up was Monica Geller (Courteney Cox), who Garner noted was dressed in miniature suspenders.

Garner smiled widely and then placed her next to Chandler Bing (Matthew Perry), in a "nice little bit of foreshadowing".

Garner then put Ross (David Schwimmer) in his place before coming to the final character, Phoebe Buffay (Lisa Kudrow).

The best part of the video? Garner singing her own rendition of Buffay's memorable 'Smelly Cat' and voicing various characters' famous dialogues, including Joey's familiar 'How you doin'?' line.

Many celebrities like Gwyneth Paltrow and Kat Dennings chimed in. "Oh my god you make my life," Paltrow commented. "Oh my god. I love you," Dennings added.

It followed the story of six friends in their 20s and 30s who live in Manhattan, New York City. Read here: 'Friends': 25 Iconic Quotes

Cox, Schwimmer, LeBlanc, and Kudrow, all shared the same throwback picture featuring the cast of the show on their Instagram accounts in honour of the sitcom's anniversary recently.

Their posts were accompanied by the same statement, "Celebrating a Thursday night 25 years ago. We might be in different places, but we are connected."