Jennifer Aniston reveals what happened to Ross, Rachel after 'Friends' 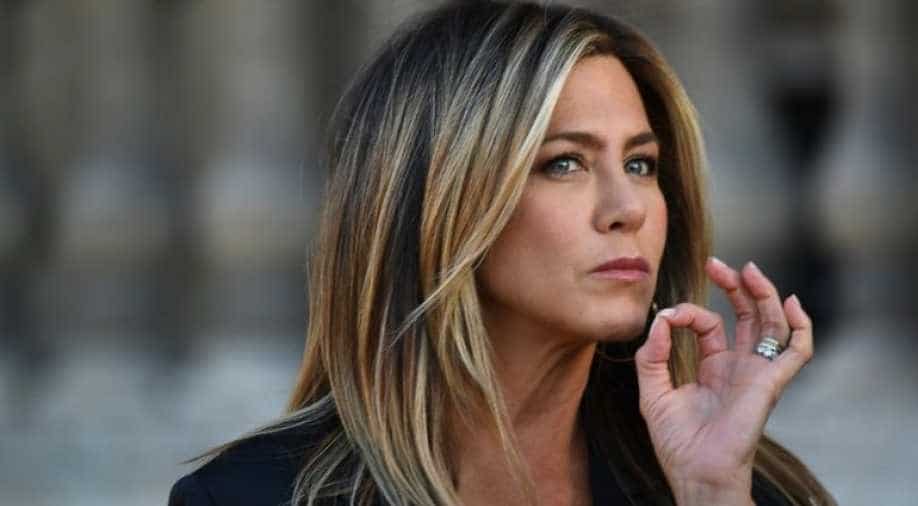 Jennifer Aniston broke the record for garnering one million followers the fastest.

Jennifer Aniston took the internet by storm when she debuted on Instagram on Tuesday by posting a snap with her all 'Friends' co-actors. While everyone welcomed her, television personality Kaitlyn Bristowe dared to ask what every 'Friends' fan wanted to know.

"Are you and Ross still together!!???" Bristowe commented on the picture featuring Courteney Cox, Lisa Kudrow, Matt LeBlanc, David Schwimmer, and Matthew Perry.

To which Aniston replied with the iconic line from the series 'Well, we're on a break' hinting that the duo has kept their distance after the finale. 'Friends' Turns 25: A Trip Down The Memory Lane With 25 Iconic Quotes From The Hit Show

Earlier this week, the actor disclosed why she thinks a 'Friends' reunion is never likely to happen. "Our producers wouldn't want it, wouldn't let us," she said, reported news agency.

"Look, it's not been without our desire to, because our fans have wanted it so much''. I mean, we haven't all sat in a room. But would we have loved to have done something together? Yeah. It would have been fun. We could have redesigned it for a couple of episodes," she said of all six cast members.

The 50-year-old star talked about her record-breaking debut on social media at the 'Jimmy Kimmel Live!' show Wednesday. Aniston broke the record for garnering one million followers the fastest.

"They measured it, it's a Guinness Book world record," Jimmy said, reported a news agency. "You got to a million followers in, like, 12 seconds or something ".

When asked further about why she finally made a decision to join the social media platform, she jokingly replied that "I don't know. I'm just trying to build content.