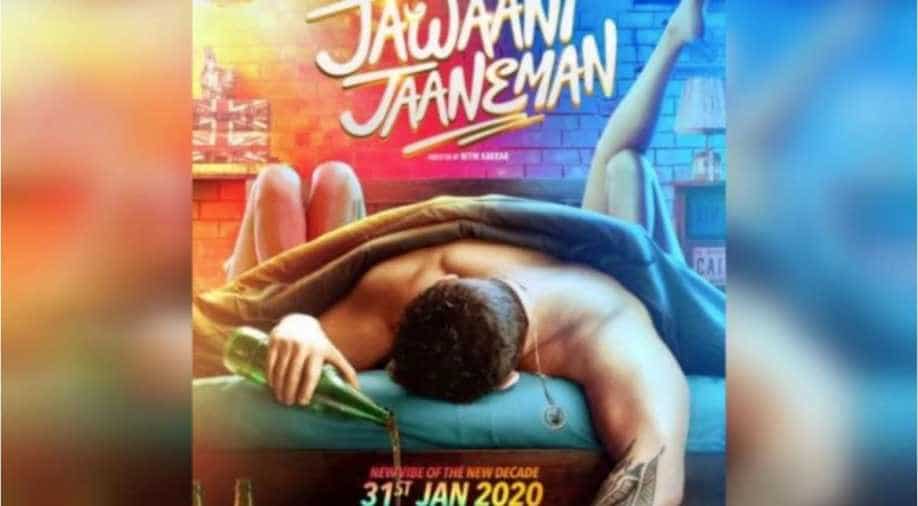 ‘Jawaani Jaaneman’ has been in the news ever since the makers announced a film starring Saif Ali Khan and Tabu in leading roles. Check out Tabu's first look from the film.

Earlier slated to release on February 7, 2020, the film has now been preponed to January 31, 2020 which means that we have a lot to look forward to in the first month of the new year. We already have three releases in mid-January and now there is a fourth film. There is Deepika Padukone’s ‘Chhapaak’, Rajinikanth’s ‘Darbar’ and Ajay Devgn’s ‘Tanhaji’.

As for ‘Jawaani Jaaneman’, the film is a romantic comedy.

The makers made the date change announcement with two new posters and we get Saif Ali Khan’s ‘Cocktail’ or ‘Salaam Namaste’ feels as he looks like he’s gotten into the playboy act for the film. Wrapped between the sheets with a bottle of alcohol in his hand, Saif looks ready to woo our hearts.

The posters shared carried the caption: "Adding some flavor to this festive season! #JawaaniJaaneman in cinemas on 31st January," as tweeted by the film's co-producer Jackky Bhagnani, who has also lined up Himesh Reshammiya's ‘Happy Hardy And Heer’ on the same day.

'Jawaani Jaaneman' will also make for a grand Bollywood debut for Pooja Bedi's daughter Alaia. She has already clinched a three-film deal.