Tabu shares her first look from her next 'Jawaani Jaaneman' 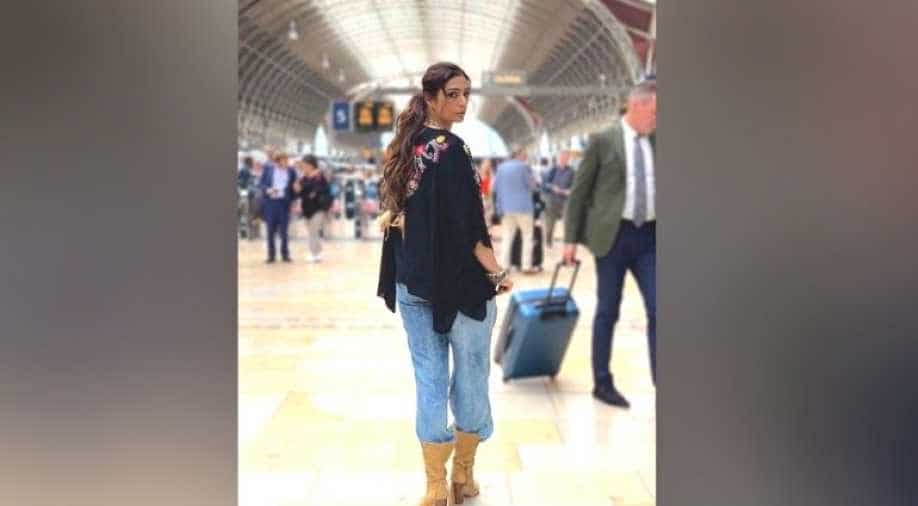 The film will mark the Bollywood debut of Alaia F and also features Kubra Sait.

Tabu shared the first look of her character in the upcoming film `Jawaani Jaaneman` on Instagram on Thursday. Tabu`s next outing, which will also co-star Saif Ali Khan as well as Pooja Bedi`s daughter Alaia F, went on floors in June, in London.

The picture, posted by Tabu on her Instagram feed, features her in a casual look, dressed in a black top and blue jeans brown boots."And all the many partners if any," she wrote in the caption, in which she also tagged her co-stars from the film.

The film will mark the Bollywood debut of Alaia F and also features Kubra Sait.

Tabu was last seen in the rom-com `De De Pyar De` where she shared screen space with Ajay Devgn and Rakul Preet Singh.

Helmed by Nitin Kakkar, and produced by Jackky Bhagnani`s Pooja Entertainment in association with Saif`s Black Knight Films and Jay Shewakramani`s Northern Lights Films, the movie will release on November 29, this year.