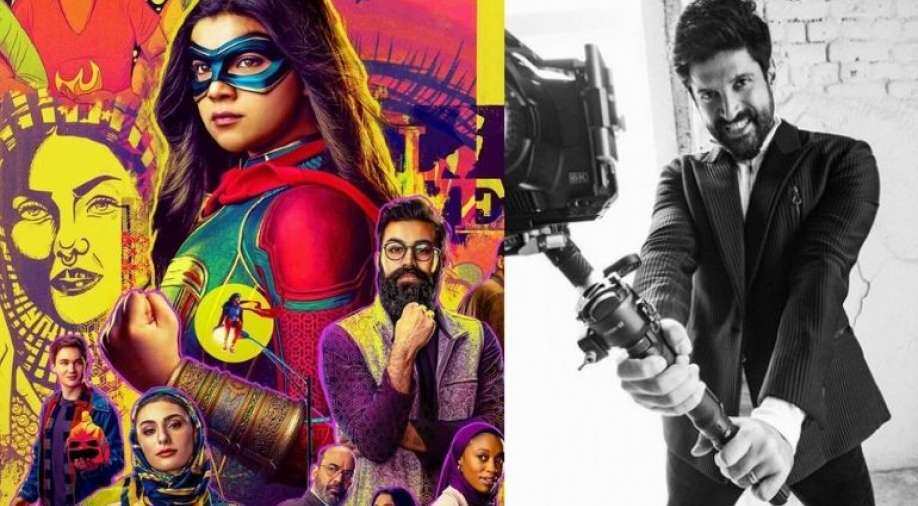 Ms Marvel will mark the debut of the first South-Asian Muslim superhero in the MCU world.

Bollywood actor Farhan Akhtar is all set to make his Hollywood debut. After months of rumours, it has been confirmed that Akhtar is part of Marvel's upcoming project 'Ms Marvel'.

On Saturday, Akhtar shared a screengrab of a Deadline article about his big debut in the marvel world.

It's a proud moment for all the Indians and die-hard Marvel fans off-course as Farhan become the first mainstream Bollywood actor to appear in any MCU project so far.

Sharing a Deadline article screenshot, Farhan wrote, ''Grateful that the universe gifts these opportunities to grow, learn and in this case have a ton of fun while doing it.  #MsMarvel on @DisneyPlusHS @Marvel#ThisJune @preena621 ❤️''

Shibani Dandekar is a proud wife! Reacting to the news, Dandekar shared the same grab and wrote, ''THIS!!! Can’t wait for this one!! First mainstream leading Indian actor to be part of the Marvel Universe! Beyond proud of you @faroutakhtar 🙌🏾❤️@purvilavingia for making this happen ❤️@amarjeetchahal for being there always❤️#msmarvel #disneyplus.''

More details about Farhan's role in the series have been kept under wraps. But as per Deadline, it's a guest-starring role.

Soon after Farhan shared the exciting news, fans and his friends from the industry went gaga and quickly filled the comment section with good wishes.

Ms Marvel will mark the debut of the first South-Asian Muslim superhero in the MCU world. The series follows the story of a Pakistani-American teenage girl Kamala Khan, who lives in Jersey City and is an avid fan of the Avengers and especially Captain Marvel. Iman Vellani will be playing the lead role of Kamala Khan on the show.

The series will premier on June 8 on Disney plus Hotstar.