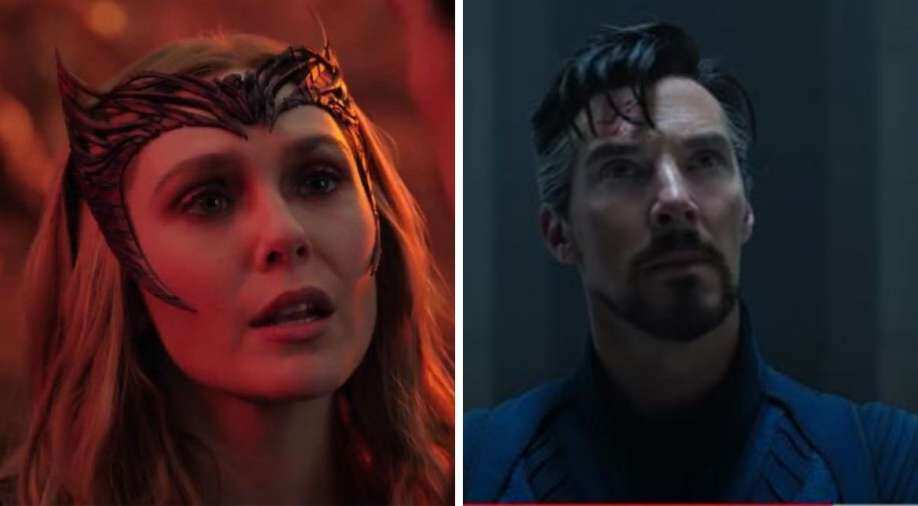 Stills from 'Doctor Strange and the Multiverse of Madness' Photograph:( WION )

The screenplay of 'Doctor Strange in the Multiverse of Madness' is chaotic, to say the least and while the marvellous special effects keep you glued to the seat, the story itself struggles to find the thrill that is essential to such genres.

Is Marvel losing its charm? Some of its recent theatrical outings have not been as exciting or engaging as it used to be. Ever since 'Avengers: Endgame' was released in 2018, Marvel in its fourth phase has diversified its content via OTT and several stand-alone films of newer superheroes have been released. Of course, 'Spider-Man: No Way Home' and 'Shang-Chi' have been the flash in the pan but Marvel's 'Eternals' got a lacklustre response. MCU's latest offering 'Doctor Strange in the Multiverse of Madness' is a chaotic horror-superhero film that strictly sparks only in some scenes.

Directed by Sam Raimi, 'Doctor Strange in Multiverse of Madness' starts off where 'Spider-Man: No Way Home' left. Doctor Strange has opened the gates of the multiverse which has led to more chaos in this universe. Dr Stephen Strange(Benedict Cumberbatch) dreams of him and America Chavez (Xochitl Gomez) being chased by a demon in a space in between universes to find the book of Ashanti. A version of Strange gets killed but America is accidentally transported to Earth-616 where she is saved by Strange and  Sorcerer Supreme Wong (Benedict Wong) from a giant Octopus. Turns out America is being chased by demons as she has the ability to transport herself to multiple universes.

Strange goes to Wanda (Elizabeth Olsen) for help but soon enough realises that Wanda has now transformed to her alter ego Scarlet Witch and it is she who has been sending demons for America to extract powers that would help her unite with her two young sons forever and protect them from all evils and illnesses. But in the garb of being a protective mother, Scarlett Witch unleashes mayhem that takes STrange and America travel to multiple universes and deal with demons and dead superheroes.

The screenplay is chaotic, to say the least and incoherent at many junctures and while the marvellous special effects keep you glued to the seat, the story itself struggles to find the thrill that is essential to such genres.

Marvel has the budget and might and so several prominent faces make cameos in the film like Chiwetel Ejiofor as Karl Mordo, Patrick Stewart appears as Charles Xavier / Professor X as the head of an alternate superhero congregation Illuminati which also comprises members Captain Carter (Hayley Atwell), Captain Marvel (Lashana Lynch),  Black Bolt (Anson Mount ) and Mister Fantastic (John Krasinski). There is also Benedict Wong and Rachel McAdams who reprise their roles as Wong and Christine Palmer.

Cumberbatch in his multiple version of Doctor Strange brings in his usual class and style to the character but most of the clever and witty lines are given to Wong who in limited screen time does justice to his role.

Apart from visual effects, it is Elizabeth Olsen as the scary, evil and slightly maddening Scarlet Witch who shines in the film. She brings the right amount of madness to her character and is very convincing in her dark character.

In a little over two hours' run time, 'Doctor Strange Multiverse of Madness' creates a visual extravaganza but lacks a coherent story which ultimately mars the viewing experience to a great extent. It is not a bad film, it is just not up to the mark of the rest of Marvel's blockbusters.