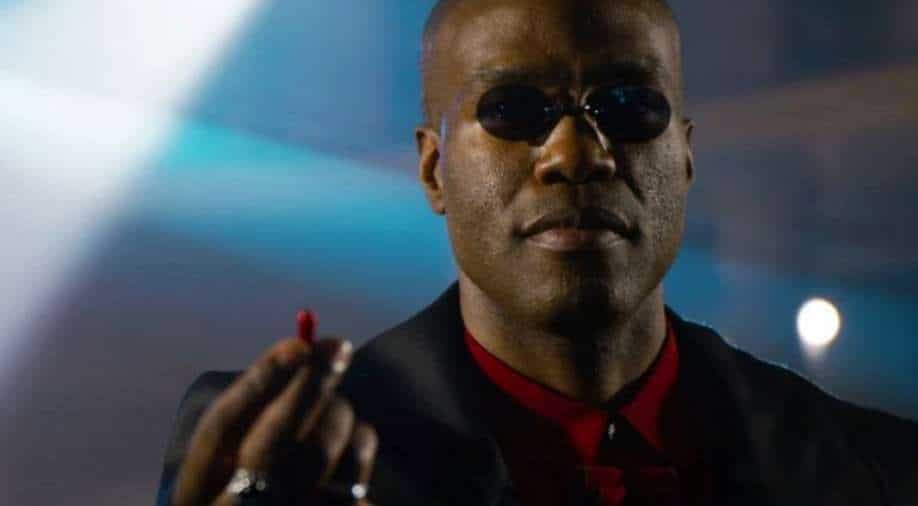 The first 'Matrix' movie hit the big screens in 1999 and instantly became a phenomenon.

Few days after the first trailer of  Keanu Reeves starrer 'The Matrix Resurrections' released in which Yahya Abdul-Mateen II  scenes were very much Morpheus-like, and now he himself confirmed that he's the new Morpheus.

Everything that's released at CinemaCon 2021, from 'Mission: Impossible' to 'Matrix 4'

Fans certainly went wild after Mateen, 35, shared a photo of himself as the character from the movie. In the picture, he is wearing a leather jacket with sunglasses and guns blazing.

Netizens were thrilled after the surprise announcement, with many commenting the emojis of fire, clapping hands and surprise face.

Abdul-Mateen — who is currently basking in the blockbuster success of his other movie 'Candyman'– is set to play a new version of Matrix antagonist - a beloved character originally portrayed by Laurence Fishburne. Fishburne confirmed that he hadn't been asked to reprise his character in Resurrections.

'Eternals' to 'Green Lantern': How Hollywood is paving way for LGBTQ community on screen

“It would make sense that people would ask me that, so it doesn’t get old. I am not in the next ‘Matrix’ movie, and you’d have to ask Lana Wachowski why, because I don’t have an answer for that.”

The film’s trailer revealed the first look of the sci-fi flick. The cast is back together 18 years after the third film, and features returning Keanu Reeves and Carrie-Anne Moss to reprise their roles as Neo and Trinity respectively, Jada Pinkett Smith as Niobe, with new additions including Jonathan Groff, Priyanka Chopra Jonas, Christina Ricci and Jessica Yu Li Henwick.

The movie was co-written, directed and produced by Lana Wachowski, who co-directed and co-wrote the three previous films with her sister Lilly Wachowski.

The first 'Matrix' movie hit the big screens in 1999 and instantly became a phenomenon. A sequel titled 'The Matrix Reloaded' and the third instalment 'The Matrix Revolutions', later followed. The franchise follows Reeves' character Neo and a series of heroes as they fight against machine overlords who have imprisoned human beings in an ultra-realistic virtual reality.

The film hits theatres on December 22.