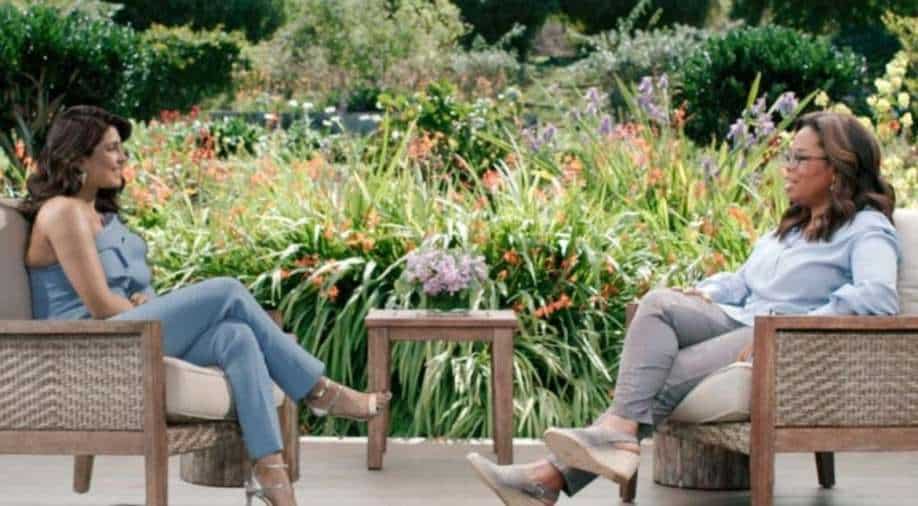 Oprah is also seen asking about starting a family with Nick Jonas but for her answer we’ll have to wait till the episode drops.

It is Priyanka Chopra’s time to make headlines yet again as promo of her upcoming episode with Oprah Winfrey dropped earlier today.

Priyanka sat down for an exclusive with popular chat show host Oprah Winfrey for an upcoming episode of ‘Super Soul’. The first long promo from the episode dropped today as the two look happy, enjoying some laughs. This interview comes right after Oprah Winfrey interviewed former Royals Meghan Markle and Prince Harry who opened up about everything that happened in their lives since they got married and why they ended up giving up the Royal way of life.

In the promo, Oprah is seen asking Priyanka Chopra about her recently released memoir and why this was the right time to bring it out, Priyanka said, "I felt like I could leave behind the insecurities of my 20s and not worry about the things that used to scare me before. I have a little bit more confidence in myself and what I bring to the table, professionally, personally. I think that really helped me address my life.”

Oprah is also seen asking about starting a family with Nick Jonas but for her answer we’ll have to wait till the episode drops.

Interestingly, both Oprah’s guests Meghan Markle and now Priyanka Chopra are good friends. The latter was invited to Meghan’s wedding to Harry in 2018 in London.