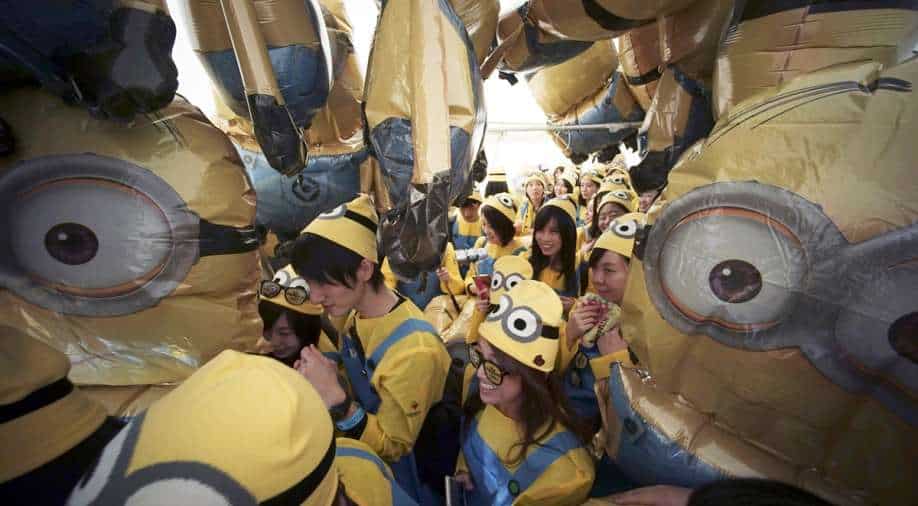 Teenagers clad in suits, calling themselves The Gentleminions, have been reported indulging in rowdy behaviour in theatres during the screenings of 'Minions: The Rise of Gru', thus inviting the bans.

Several cinemas in the UK have banned younger moviegoers from wearing suits to the screenings of 'Minions: The Rise of Gru', reported the BBC.

Teenagers clad in suits, calling themselves The Gentleminions, have been reported indulging in rowdy behaviour in theatres, thus inviting the bans.

Videos featuring the so-called Gentleminions, which emerged from the popular video-sharing site TikTok (banned in India), are being circulated on all major social media sites.

Also Read: Why Disney could lose the rights to Mickey Mouse

However, the studio behind the film and the franchise, Univeral Pictures, seems to side with the The Gentleminions. On Twitter, its official handle wrote, "to everyone showing up to @Minions in suits: we see you and we love you."

Said to have existed since the beginning of life on earth, they seek out the most terrible of villains and if they cannot find somebody suitable, they get depressed.

'Minions: The Rise of Gru' has received mostly positive reviews. On the review aggregation site Rotten Tomatoes, the movie has scored a respectable 72 per cent, meaning most of its reviews are favourable. The critical consensus reads, "The Minions' antic shenanigans are beginning to grate despite this sequel's injection of retro chic, although this loony marathon of gags will still delight young children."