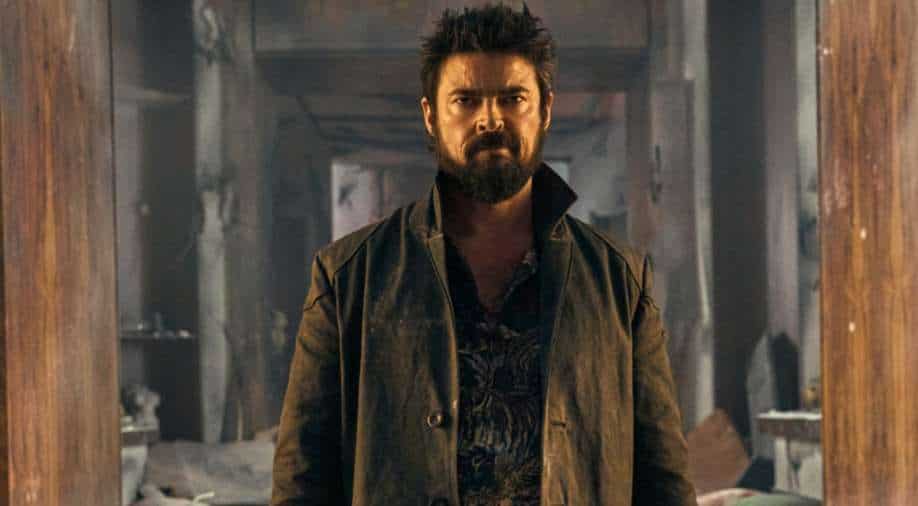 'The Boys' streams on Amazon Prime Video. Photograph:( Others )

Titled "Here Comes a Candle to Light You to Bed", 'the seventh episode of season 3 of 'The Boys' does not quite reach the heights of "Herogasm", but it is still a good one-hour entertainment in its own right, featuring huge reveals, action, and important character moments. It also serves as a fine setup for the finale.

If you thought Amazon Prime Video's superhero TV series 'The Boys' could not outdo itself after that astonishingly fun and action-packed sixth episode of its third season, titled "Herogasm"... you would be right.  The penultimate episode of the season, titled "Here Comes a Candle to Light You to Bed", does not quite reach those heights, but it is still a good one-hour entertainment in its own right, featuring huge reveals, action, and important character moments. It also serves as a fine setup for the finale.

First, a quick recap. In "Herogasm", the highlight was the psychopathic leader of the Seven, Homelander (Anthony Starr), learning that he has finally met his match in Soldier Boy, the psychopathic, and now PTSD-suffering, leader of now-defunct Payback, Vought's premiere superhero team before the Seven.

But before Soldier Boy (Jensen Ackles), and his sidekicks Butcher (Karl Urban) and Hughie (Jack Quaid), temporarily empowered by Temp V, could kill Homelander, he managed to escape. He does have an inkling now that he is no longer as immortal as he thought he was.

In the seventh episode, we go deep into Butcher's past, which helps explain why he is the way he is. Although Butcher and Homelander are sworn enemies, they also share several qualities between them. For instance, both can charm their way through anything, are tyrannical towards their underlings, and have egos the size of the Empire State Building. A particular flashback in "Here Comes a Candle to Light You to Bed" explains, and frankly fleshes out, the character of Butcher. 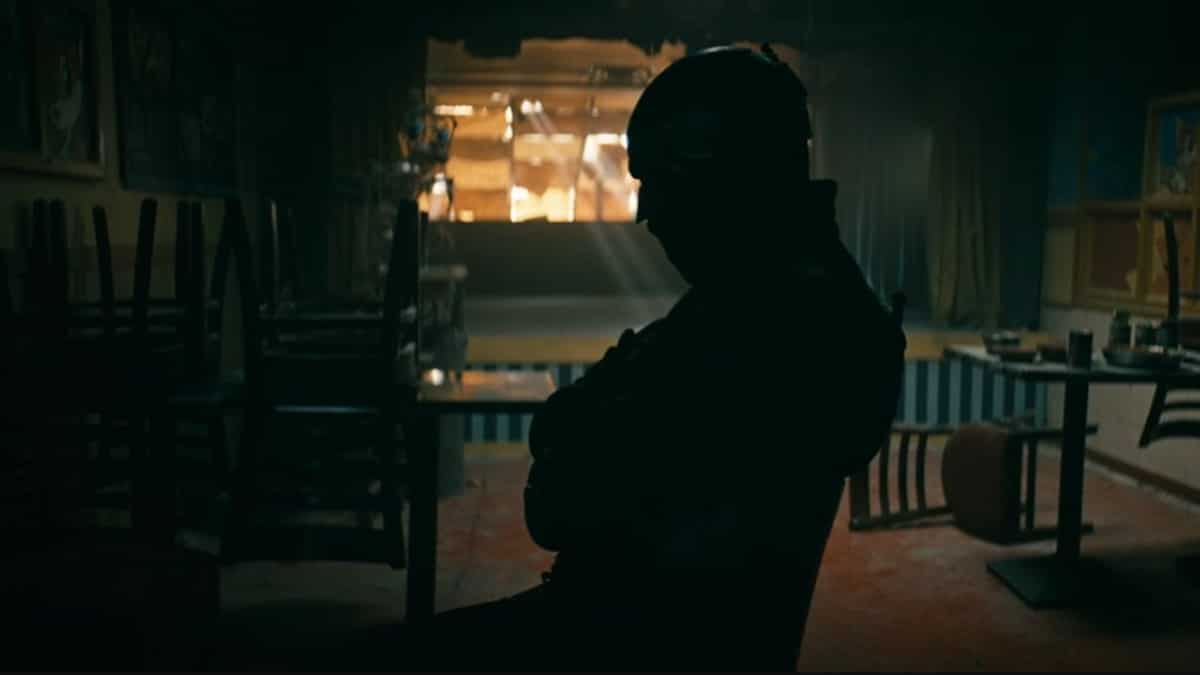 Butcher, Hughie team up with Soldier Boy to find Mindstorm, the latter's former teammate at Payback. As his name describes, he can mess up a person's mind if they make eye contact with him. Butcher does, and his consciousness goes into a spiral. He revisits the memories of his family -- his absent mother, his abusive father, and his younger brother Lenny whom he failed. The scene is long but turns Butcher from a man with an extremely flexible sense of morality and casually violent nature to a tragic anti-hero. What he does next with Hughie is all the more emotional and hurtful because of what we know.

We learn that it was Black Noir (Nathan Mitchell), with the blessing of Stan Edgar (Giancarlo Esposito), who orchestrated the downfall of Soldier Boy and his capture by the Russians. The whole thing is told through cute little animated characters (with a sprinkle of gore, of course -- this is 'The Boys' after all), which felt like an odd choice, but worked in the end as a nice bit of fun, subtle exposition. 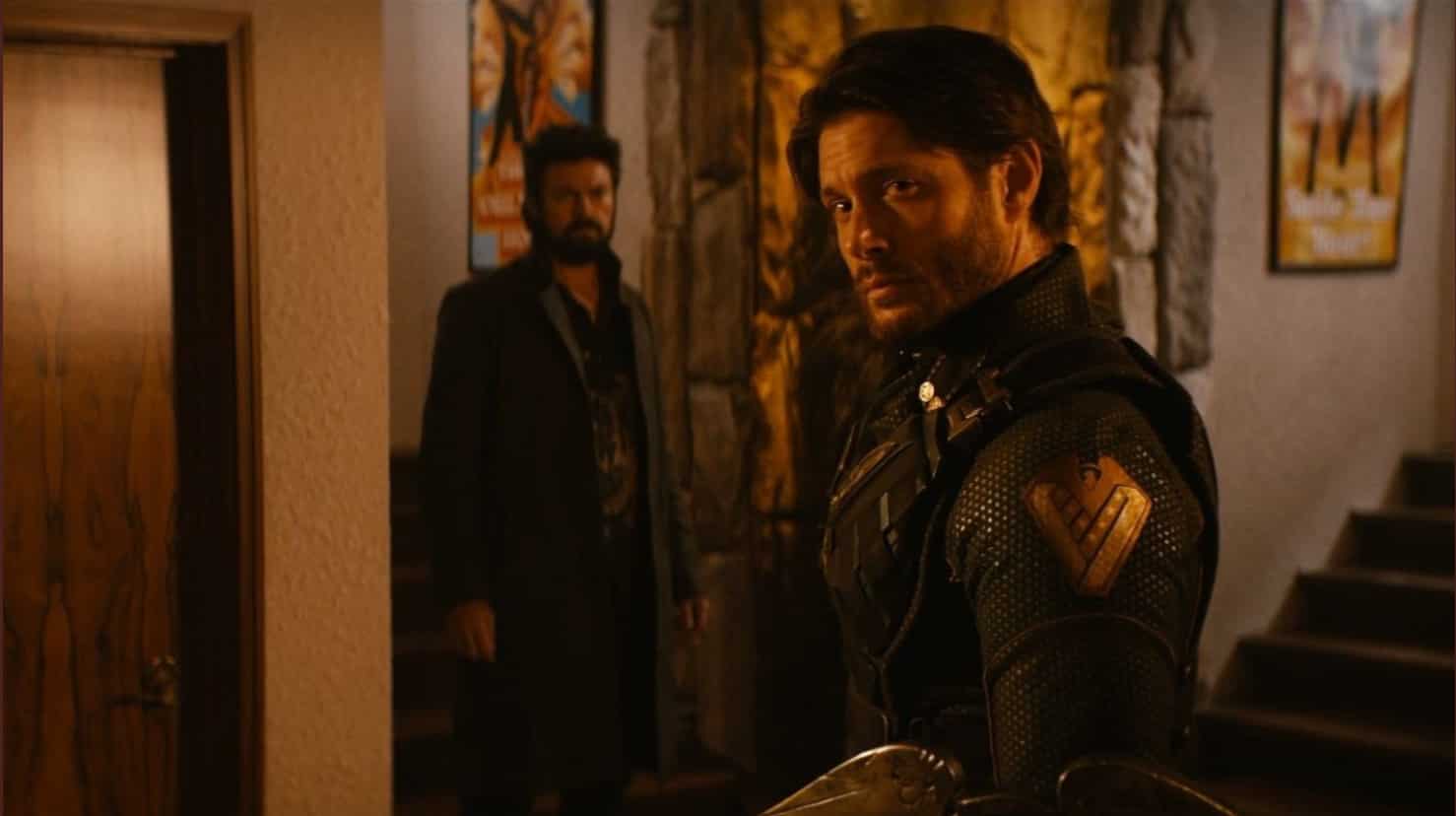 The storyline of Deep (Chace Crawford), though, remains one of the failings of the show this season as it does not seem to be leading to anything interesting, and the purpose appears to be just comic relief. But the joke (that Deep is sexually interested in aquatic animals) has honestly worn pretty thin. It is a nitpicky criticism, and that is because the show is otherwise so well-written and carefully structured that minor cracks in the edifice seem all the more noticeable.

'The Boys' season 3 arrives next Friday.