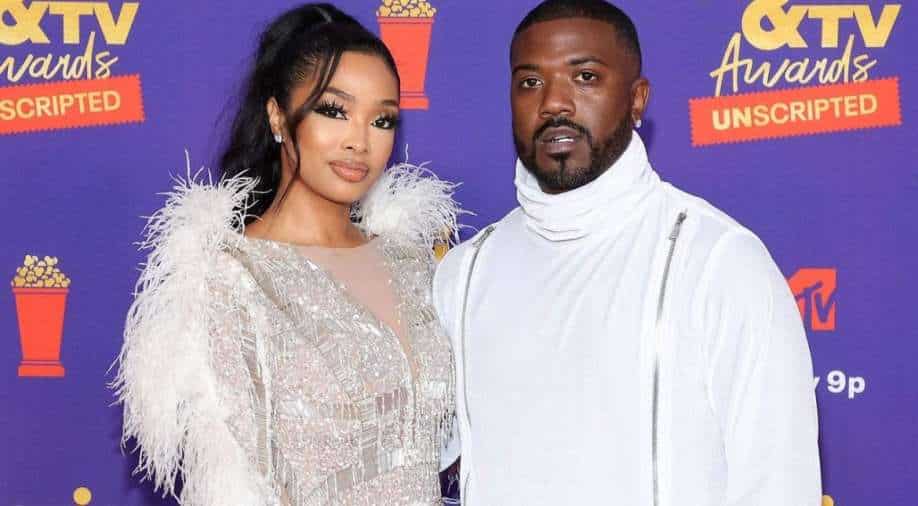 Ray J and Princess Love have filed for divorce thrice in just over a year Photograph:( Instagram )

Ray J and Princess Love tied the knot in 2016 and are parents to two kids: son Epik Ray, 1, and daughter Melody Love, 3.

Singer and reality TV artiste Ray J, who is hospitalised for Pneumonia, has filed for divorce from Princess Love yet again.

Also read: Jennifer Lopez is unrecognisable in new pictures from 'The Mother' set

Ray J's team is yet to respond to the latest news and Love did not immediately react either.

The couple tied the knot in 2016 and are parents to two kids: son Epik Ray, 1, and daughter Melody Love, 3.

News of Ray J's latest divorce filing was first reported by TMZ who the star spoke to while being hospitalised for pneumonia. Ray J's manager, David Weintraub, also confirmed to a news outlet that he is "in the hospital for pneumonia, but it's not the contagious kind."

Also read: Yami Gautam has a skin condition but she's embracing it: There is no cure for it

"(The doctors) wanted to keep him there a couple extra days to watch him," Weintraub had said, adding that Ray J underwent "multiple COVID tests, and he tested negative for all of them."

In November of 2019, Love claimed she would file for divorce after she claimed Ray J had left her and their daughter 'stranded' in Las Vegas, a claim the 'Sexy Can I' artiste has vehemently denied.

Love went ahead with her decision to file for divorce in May of 2020, just four months after welcoming her second child with Ray J. However, she requested that the filing be dismissed just two months later in July.

The couple then appeared to have reconciled after Ray J shared a heartfelt note for Love's birthday the following month, he filed for divorce in mid-September, asking at the time for joint custody of their two children.

According to court documents obtained by a global news website, Ray J agreed to call off the divorce and the decision was made 'without prejudice', meaning that either party can change his or her mind about the proceedings.

This year in February, Ray J shared in an interview that he and Love were "in a really good place as parents, as friends and as people who really just want everything to be right for our kids, for our family and for us."

"When you have two kids and you love your kids and love making them happy, I think from both of our eyes, just the good times exude all around," Ray J had said at the time.