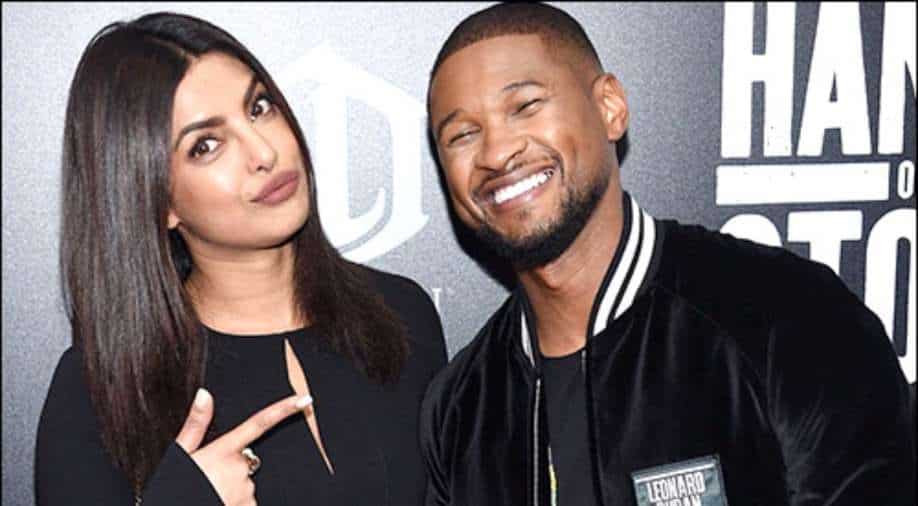 Titled 'The Activist', this series will see Usher, Priyanka Chopra Jonas, and Julianne Hough hosting the series that has now been slammed by netizens the world over.

In a bizarre twist of events, American network CBS has come up with a reality show where activists will battle each other to extend help.

Titled 'The Activist', this series will see Usher, Priyanka Chopra Jonas, and Julianne Hough hosting the series that has now been slammed by netizens the world over.

In it, these three celebrities will be joining a team of six activists each who are assigned various issues like health, education and environment. There will be challenges for them to take on and the groups will be fighting each other for maximum online engagement.

Reports confirm, there will be musical performances too and the participants may get an opportunity to attend the G-20 Summit in Rome, Italy, where they will be given a chance to secure funding for their respective causes.

Reportedly, the announcement for the same was made in May and Global Citizen is supporting this reality show. CBS Executive Vice-President Jack Sussman had said in a statement that 'The Activist' will be "a groundbreaking series poised to inspire viewers."

From writers to everyman, no one is taking it kindly. "How, how did we get here?," author Kimberly Drew wrote in an Instagram post, while writer and activist Leah Thomas wrote, "They have budget to bring on huge celebrities, why do they make them compete for resources?"

“SOCIAL ISSUES SHOULD NOT BE VOTED ON FOR THE SAKE OF ENTERTAINMENT,” said Aja Barber, a writer and sustainable fashion advocate.

The first contestant on #TheActivist is a CEO lmao pic.twitter.com/GoMZD1ZLwt

It's like capitalism finally figured out a way to kill off empathy #TheActivist https://t.co/HwDdOtAkS0

Imagine being @Usher @priyankachopra, and @juliannehough and thinking this would be a great project. Fucking clueless, soulless, rich assholes. #TheActivist https://t.co/kmJDKq6hLV

"You guys remember #BlackLivesMatter ? Let's make that into American Idol"

Low hanging fruit in the name of activism. #TheActivist is GROTESQUE in its concept & appalling in its casting especially with the likes of @priyankachopra co-hosting this reality show. Pls stop making a mockery of the true essence of activism which requires one to walk the talk. pic.twitter.com/2I6U3qLsA3