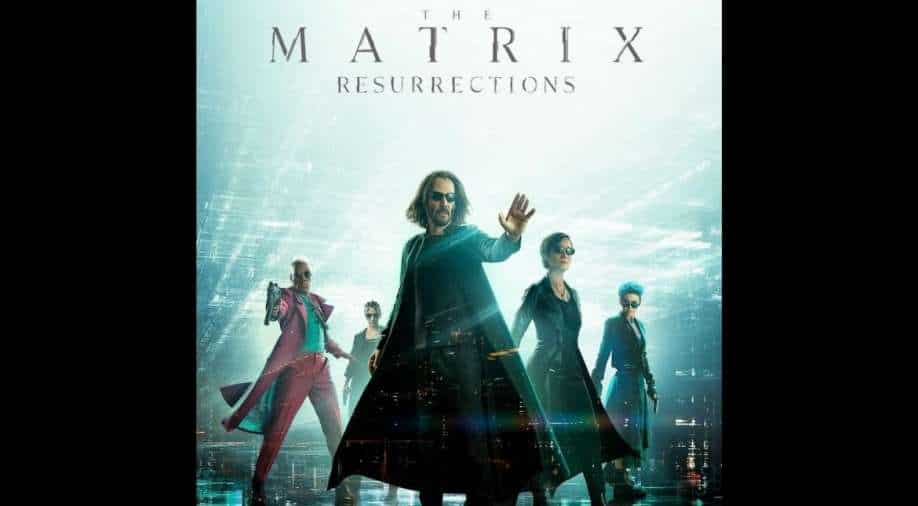 The film 'The Matrix Resurrections' will debut in theaters and simultaneously on HBO Max (for the first month of release) on December 22, 2021.

As the date comes closer for the release date of ‘The Matrix Resurrections’, actor Priyanka Chopra shared a new poster of the upcoming film from the popular franchise.

The new poster teases what the fans have been waiting for -- the original cast of the film returning in their full action avatar to unravel some more mysteries of life.

Directed by Lana Wachowski, this is the fourth Matrix film which shows Neo and the rest of the cast looking cool. It comes after the last film ‘Matrix Revolutions’ premiered in 2003.

The film’s poster came with the caption: "Step back into the Matrix with this new poster for The Matrix Resurrections. Watch it in theaters and on HBO Max* this Christmas.”

The film will debut in theaters and simultaneously on HBO Max (for the first month of release) on December 22, 2021.