Actor Lindsay Lohan marries fiancé Bader Shammas: My life and my everything 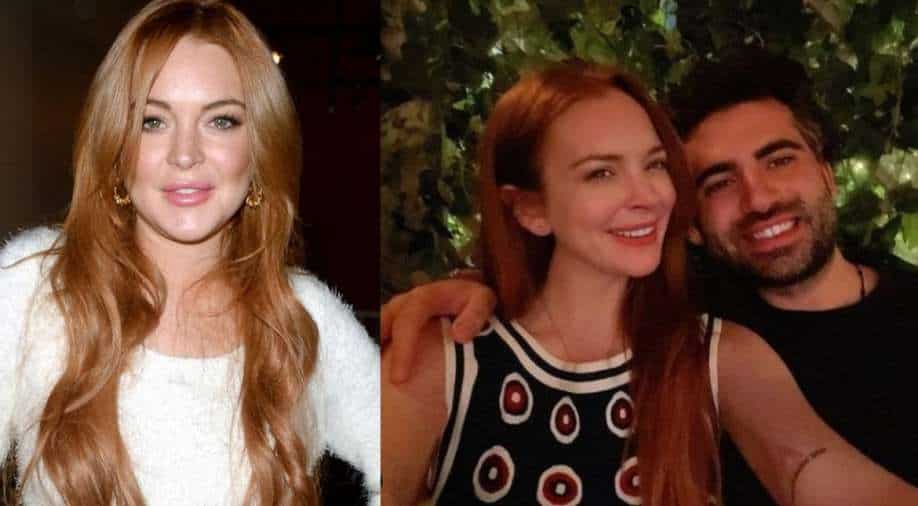 Lindsay Lohan announced her engagement to a Dubai-based financier, Shammas, in November 2021. The couple got engaged after dating for over two years.

‘Mean Girl’ actress Lindsay Lohan is married! On the special occasion of her 36th birthday, the actress shared the good news that she's finally tied the knot with her Dubai-based fiance Bader Shammas.

On Saturday afternoon, Lohan took to her Instagram page and called herself the ‘luckiest woman in the world’ and called Shammas her ‘husband’, People magazine reported.

Sharing a happy picture of them, the actress wrote, "I am the luckiest woman in the world."

Her post further read: "Not because I need a man, but because he found me and knew that I wanted to find happiness and grace, all at the same time. I am stunned that this is my husband. My life and my everything. Every woman should feel like this everyday," followed by a string of emojis.

The comments section was soon filled with congratulatory messages from her 10 million Instagram followers. "OMG! When was the wedding," questioned a curious fan, while another one asked,  "Wow, you got married."

In November 2021, Lohan announced her engagement to a Dubai-based financier, Shammas, and flaunting her engagement ring, she shared a slew of pictures with her fiance, reported People magazine. "My love. My life. My family. My future," captioned Lohan back then.

The actor, sharing her kind of wedding on the TV reality show ‘Extra’, revealed to host Rachel Lindsay that she wanted a ‘low-key- wedding, although she had started ‘looking at destinations’ and talking about the ‘dress’, the actress added.

Confessing about her wedding desires, the ‘Freaky Friday’ star, said, "I’m more low-key. Even on my birthday, I want to make sure everyone else is good and then I can be okay. So I’ll be more like that. I’m looking at destinations. I've already started talking to a friend of mine about the dress. But I want to do things correctly and at my own pace. But it's an exciting time. I’m very girly, so…."

Lohan was previously engaged to a Russian millionaire, Egor Tarabasov. However, they broke up in 2017. Meanwhile, Lohan and her rumoured husband, Shammas, had been dating for over two years before they got engaged in November of last year.

Lindsay Lohan, known for her roles in films such as ‘The Parent Trap’, ‘Freaky Friday ',' ‘Confessions Of A Teenage Drama Queen ', and ‘Mean Girls’, is set to make her next appearance in a Netflix holiday rom-com titled ‘Falling for Christmas’, which is slated for release this year. On the other hand, she has also signed a deal for her first podcast with digital content studio Studio71. She will also host the podcast.