Key highlights of Amber Heard's testimony: Johnny Depp put his fingers inside me to look for cocaine 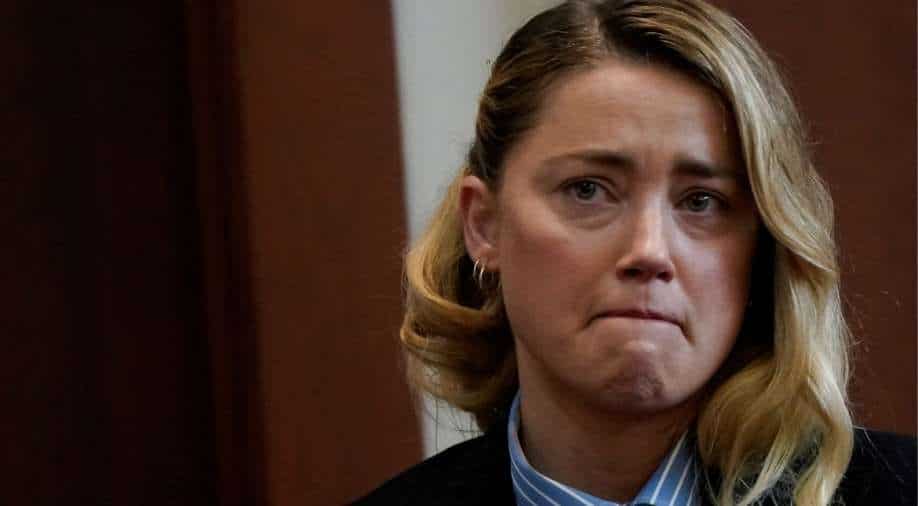 Amber Heard took to the stands in the third week of the trial that has previously seen her former husband Johnny Depp testifying against her.

Amber Heard took to the stands in the third week of the trial that has seen her former husband Johnny Depp testifying against her and claiming that he had never hit her or any other woman in his life.

Depp filed a defamation case against Amber Heard after she wrote an op-ed where she claimed that she had been a victim of domestic violence. While Depp's name was not mentioned in the article, the actor stated that it attempted to malign his image and led to him losing out on film projects. Heard has counter sued Depp for physical violence.

On Wednesday, Heard got emotional as she took to the stand and claimed Depp would hit her whenever he consumed alcohol or drugs.

Here are the key highlights from Heard's testimony

--Heard claims Depp first struck her in 2012 a year into their relationship. The couple first met on the sets of 'Rum Diary' but fell in love in 2011 during the film's promotional tour.
In 2012, Heard recalled she had asked about a tattoo on his arm and what it meant. Depp had replied 'Wino' which was a tribute to his previous girlfriend actress Winona Ryder. "I laughed because I thought he was joking," Heard recalled. "And he slapped me across the face."
"I just stared at him kind of laughing, thinking that he was going to start laughing too, to tell me it was a joke," Ms Heard added. "But he didn't. He slapped me again. I will never forget it." Depp had denied the incident earlier.

--During her testimony, Heard sought to portray Depp as someone who could be warm and kind, but who would fly into rages. Many a time the rage was due to perceived infidelity and when he was under the influence of alcohol or drugs. She said he tried to conceal his substance abuse, which ranged from drinking spirits to taking "a lot" of cocaine. "It would be accusations, accusations and then he would explode," Ms Heard said, adding that Mr Depp would slap and "backhand" her. After the fights, Ms Heard said he would "disappear". "He'd come back clean and sober and he'd be extra nice and extra apologetic and we'd be good again," she added.

--During a weekend away with friends in May 2013, Heard said, Depp became angry and accused her of inviting what he perceived as suggestive advances from another woman. The same evening, Heard said Depp tore her dress, ripped off her underwear and stuck his fingers "inside" her. "He proceeds to do a cavity search," she said. "He's looking for his drugs, his cocaine." In earlier testimony, psychologist Dr Dwan Hughes too had mentioned Heard had told her that Depp had put his fingers up her vagina to search for cocaine.

-- On Thursday, as Heard sobbed as she recalled how her former husband had sexually assaulted her soon after their marriage. Heard said she visited Depp in Australia about a month after their wedding in early 2015 when he was filming the fifth 'Pirates of the Caribbean' movie. On their first evening together, Heard said, a planned dinner at the house where Depp was staying evolved into an argument. Depp allegedly was drunk and pushed her against the refrigerator and held her there by her throat. Heard said she broke free and retreated upstairs only to return later in her nightgown to find Depp still awake. She said she tried to get him to eat since they had never had dinner, but he was "belligerent" and threw bottles that broke around her.

Depp ripped off her nightgown, leaving her naked, she said, and threw her on a ping-pong table before inserting a bottle into her vagina. "He was shoving it inside of me over and over," the actress said while sobbing in court. Depp repeatedly said "I'll f****ing kill you," she told the jury. "I was scared," Heard said. "I had just married him."

-- Months later, when the duo were back in their Los Angeles home, Depp broke her nose and ripped out chunks of hair in another violent encounter.

The trial is on its fourth week with Depp and his legal team already presenting their side of the case. The trial is expected to continue for another month.