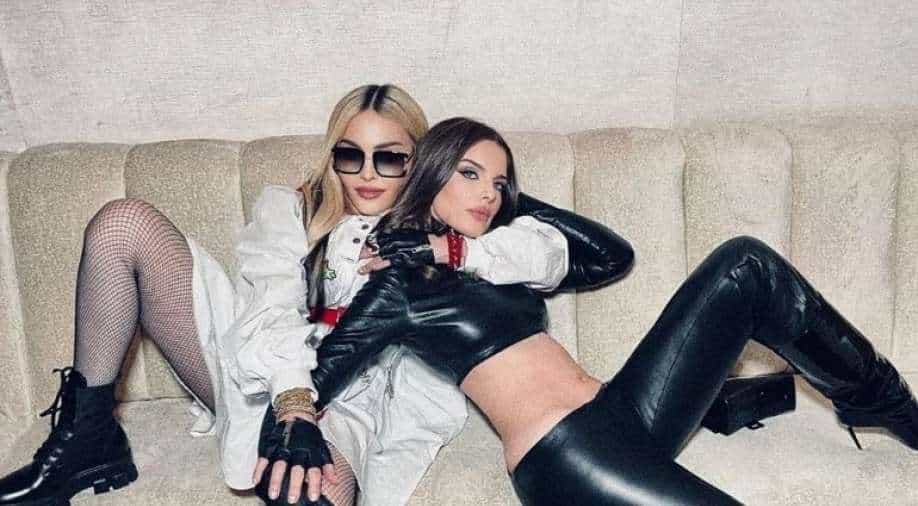 Madonna has been busy working on her own biopic for a year now.

Julia Fox is in talks to star in Madonna's forthcoming biopic.

The star is reportedly being considered to play the role of actor Debi Mazar, the singer's longtime friend.

Earlier this week, Madonna shared an Instagram post with Fox, after which fans have started speculating whether they would be starring in a new project together.

Entertainment Weekly has also learned the 31-year-old performer is being considered to play the role of actor Mazar.

Kanye West, Antonio Brown, and Floyd Mayweather were also pictured in the photos that Madonna shared on her Instagram.

Mazar has a decades-long relationship with Madonna that began when they met in an elevator when Mazar worked as an operator at New York City`s Danceteria nightclub in the 1980s. She later went on to star in several of Madonna`s music videos, including `True Blue` and `Music`.

"We got on the dance floor and tore it up. We exchanged phone numbers and that was it. We became friends," Mazar previously told EW.

Madonna has been busy working on her own biopic for a year now,  which she plans to both co-write and direct.

It will follow her "struggle as an artist trying to survive in a man's world as a woman, and really just the journey", which she described as a "happy, sad, mad, crazy, good, bad, and ugly" tale of the making of an icon. While more details about the movie remain unknown.

Meanwhile, Julia Fox and Kanye West have been dating, The couple confirmed their relationship with a steamy photo spread and a first-person magazine piece.

Fox, 31, and West, 44, gave fans a sneak peek into their budding romance with PDA-heavy photos published in Interview magazine.
"I met Ye in Miami on New Year's Eve and it was an instant connection," she wrote for the publication."His energy is so fun to be around. He had me and my friends laughing, dancing, and smiling all night."