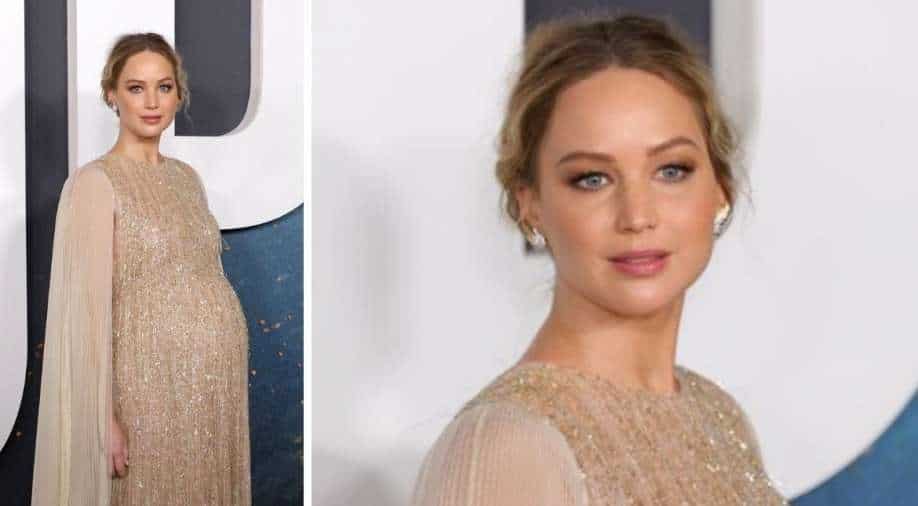 Jennifer Lawrence at the New York premiere of 'Don't Look Up' Photograph:( Twitter )

Jennifer Lawrence signed for yet another film with Don't Look Up director Adam McKay. she will be seen as Theranos founder Elizabeth Holmes.

Her much-in-news film ‘Don’t Look Up’ might not be out yet but Jennifer Lawrence has her hands full. She will next be seen as Theranos founder Elizabeth Holmes in a new feature film from director Adam McKay and Apple Original Films.

This will be yet another time when Jennifer Lawrence will reunite with Dont Look Up director Adam who will write, produce and direct the Elizabeth Holmes movie.

Also read: This is the top most trending film of 2021 according to Google! Not a Salman or Akshay starrer

The film will be set on Pulitzer Prize-winning journalist John Carreyrou‘s book ‘Bad Blood: Secrets and Lies in Silicon Valley’, which charts Elizabeth Holmes‘ dramatic rise and fall, beginning with her promise to revolutionise the health care system and ending with her on trial for fraud.

Meanwhile, apart from her films and movie promotions, Jennifer Lawrence has been in the news for her glowing skin courtesy the baby bump she’s been sporting. The Hollywood actress is currently pregnant.

Leonardo DiCaprio: Jonah Hill's a genius, would love to work on 100 more films with him